Head of Digital Marketing at Kliksa 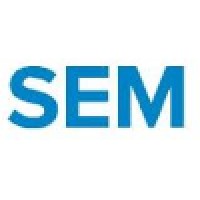 Not the Ata Gur you were
looking for?

Based on our findings, Ata Gur is ...

Based on our findings, Ata Gur is ...

What company does Ata Gur work for?

What is Ata Gur's Phone Number?

What industry does Ata Gur work in?

Ata Gür has over 10 years of experience in the field of marketing and advertising. She co-founded Frizbit, a marketing platform that helps smarter marketers, in December 2014. Additionally, she is a lecturer at Özyeğin University from December 2014 to January 2016, and the CEO of Frizbit from June 2015 to January 2016. She also heads of digital marketing at Kliksa from June 2015 to January 2016. From July 2010 to December 2010, Ata Gür was a marketing intern at Avea. From August 2008 to September 2008, she was a SEM account Strategist at SEM. From July 2011 to June 2012, she was a business development and project manager at BeyazBorsa. From June 2013 to November 2014, she was a business development and project manager at MeguAFilms.

Ata Gür holds a degree in Economics from Boğaziçi Üniversitesi, where she majored in International Business andEconomics. She also completed a Master's Degree in Conflict Resolution from Özyeğin Üniversitesi, and a Post-Graduate Certificate in Resolution from Università degli Studi di Roma 'La Sapienza'.With her experience in business and economics, Ata Gür is currently working as a Lecturer at the Boğaziçi Üniversitesi's Department of Business Administration. She is also a position holder at Università degli Studi di Roma 'La Sapienza', where she is a research associate at the Department of Conflict Resolution.

There's 73% chance that Ata Gur is seeking for new opportunities

Founder, CEO at FS.COM at FS.COM

An experienced, energetic, effective, and visionary business leader with a passion for helping others reach their full potential by ensuring that well-being and integrity are supported by inspiration at Rentokil Initial Moçambique

Marketing Manager at Totem at Totem