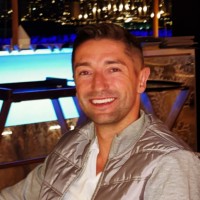 Not the Andrew Denny you were
looking for?

Based on our findings, Andrew Denny is ...

Based on our findings, Andrew Denny is ...

What company does Andrew Denny work for?

What is Andrew Denny's role at CSG The Global Talent Experts?

What is Andrew Denny's Phone Number?

What industry does Andrew Denny work in?

Andrew Denny's education background and work readiness are very strong. He has been studying at Fairleigh Dickinson University for a while now and is already very accomplished in his field. He has also been studying at Bradford Grammar School and Eldwick High School. Both of these schools have helped him to develop his strong communication, problem solving and critical thinking skills. All in all, he has done a great job in representing himself in school and in his work. It is clear that he has a lot of potential and is very ready to take on any challenge that comes his way.

Andrew Denny's work experience includes a long haul in the medical Devices industry. He has been Managing Consultant at Mackenzie Stuart since 2014 and Head of Medical Devices at CSG The Global Talent Experts since 2015. He began his career with CSG The Global Talent Experts in 2000 as their Senior Consultant for Animal Health. From there, he moved on to be their Global Head of Medical Devices & Animal Health in 2006, before returning to the Senior Consultant role in 2010. He also held the position of Business Manager Medical Devices from 2012 to 2014.Andrew Denny has a degree in Exercise Science from Fairleigh Dickinson University and a background in Athleteparticipation and sports science. He is currently a student at Fairleigh Dickinson University and has experience working in a variety of sports teams.

There's 71% chance that Andrew Denny is seeking for new opportunities

Director – Carrier Compliance and Administration at Walmart at Walmart

Heading up Cloud Security at Just Eat PLC. at Capital One

CEO and President at Ørsted at Ørsted

Chairwoman- Member of the Investment Committee at Kymera International

📚Life Tips✔Strive to be Called "Stupid"✔ Wally: Retarded Genius✔Get them on Amazon📚📚📚 #amomentwithbrian at Stonebriar Chevrolet