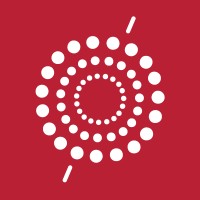 Not the Alexandre Kohn you were
looking for?

Based on our findings, Alexandre Kohn is ...

Based on our findings, Alexandre Kohn is ...

What company does Alexandre Kohn work for?

What is Alexandre Kohn's role at Polyglot Group?

What is Alexandre Kohn's Phone Number?

What industry does Alexandre Kohn work in?

Kohn has worked experience in a number of different roles in the business world, starting with a position as a Partnerships & CRM Manager at Polyglot Group where he was responsible for Managing and developing relationships with customers and partners. He then moved on to become the Community & Partnerships Manager at Techboard where he was responsible for training new employees and maintaining relationships with customers and partners. Finally, he worked as a Project Management Trainee at Savoir Faire Cie where he worked on developing projects. In March 2014, he moved to QOBUZ where he was responsible for marketing and business development Assistant role. He also worked for Innovation In Design for 7 months from July 2012 to August 2012. In September 2015, he took over as the Lead Generation Specialist (Trainee) at Polyglot Group and stayed for 2 years. He ended his time at Polyglot Group in February 2016.Kohn has also had a various roles in the business world which include a Lead Generation Specialist (Trainee) at Polyglot Group from September 2015 to February 2016, and Vice Chair at Professionals in International Trade from January 2019 to December 2019. In his time at Polyglot Group, he has developed a strongrelationship with his team and is known for hismunity to classrooms and helpful demeanour. He is also highly liked by his colleagues, and is known for his ability to provide guidance and support to his team.

Chair @ Professionals in International TradeAlexandre Kohn is currently a Vice Chair at Professionals in International Trade. He has held this role since January 2019.Kohn co-founded and is currently the President of the European Foundation for Corporate Social Responsibility (EFFCSR), a Brussels-based think tank with a focus on corporate reform. He is also the Vice President of the Arab Business Forum, a Brussels-based business organisation focused on business practices in the Arab world. Before arriving at EFFCSR, Kohn spent five years as a business development assistant at QOBUZ, a European technology solutions company based in Paris. He has also worked at Innovation In Design as a marketing & business development assistant from July 2012 to August 2012. Kohn also holds a B.A in business administration from the University of Utah.

There's 89% chance that Alexandre Kohn is seeking for new opportunities

Architect at nimbus - 30k Connections - Top 1% on LinkedIn at nimbus

Head of Real Estate at Airbus Bank at Aquila Capital