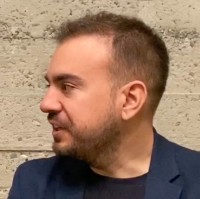 Look I Was There

CTO and Founder (Acquired by Insequent)

CTO and Cofounder in Made in Mobile

Not the Alejandro Sanchez Acosta you were
looking for?

Based on our findings, Alejandro Sanchez Acosta is ...

Based on our findings, Alejandro Sanchez Acosta is ...

What company does Alejandro Sanchez Acosta work for?

What is Alejandro Sanchez Acosta's role at Dinoflux (acquired by Telefonica)?

What industry does Alejandro Sanchez Acosta work in?

Alejandro Sanchez Acosta has experience in engineering, business development, project management, consulting, and open source development. He has experience with Xen, Alfresco, Liferay, Drupal, Joomla, Linux, PHP, and Bonita. He is a certified Redhat Certified Engineer, a Solaris Administrator (SCSA), and a IT and Open Source Trainer.

Alejandro Sanchez Acosta's education is in:- Systems Engineer, Computer Science at Universidad Pontificia de Salamanca from 2000 to 2005- ADE, Business Administration at Universidad Nacional de Educación a Distancia - U.N.E.D. from 2006 to 2008- Product Management at Product School from 2019 to 2019- Executive MBA, MBA at EAE Business School from 2011 to 2013- Superior Program in Digital Marketing and Online Commerce at EAE Business School from 2013 to 2013- Startup Internationalization at IESE Business School - University of Navarra from 2014 to 2014- Bootcamp IOS, IOS at CodePath from 2016 to 2016- Certificate, Web Application Development Certificate at City College of San Francisco from 2015 to 2016- Finance Introduction at Michigan Technological University from 2013 to 2013- Inspiring Leadership through Emotional Intelligence at Case Western Reserve University from 2013 to 2013

Alejandro Sanchez Acosta has a B.S. in Engineering from Universidad Complutense, Madrid, and a M.S. in Software Engineering from Universidad Autónoma de Madrid, Madrid. He has been working at Adobe since early 2014, where he has been a Tech Advisor and Business Angel. After a 3-year stint at HITSBOOK in Madrid, Reykjavik, and San Francisco Bay Area, he moved to San Francisco in early 2017 and started at Splunk as a Senior DevOps Engineer. There, he worked on building automation tools and helping customers use Splunk to create better and more efficient content. He also spent time at Videolean, where he was aSenior Automation Engineer. In May 2017, he was brought on board by Splunk as CTO.

Talent Acquisition at Oakley at Oakley

President at Eubank Capital, LLC at RSM US LLP

Data Engineer at Square at Square

Director of Product Marketing at Algolia | We're Hiring! at Algolia

Technical Recruiter looking for the best to work with the best. at Cprime, Inc

CTO at Playable Platform at Everwise