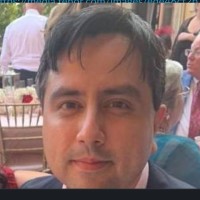 Based on our findings, Roberto Villatoro is ...

Strong sense of self
Expedient
Complex

Based on our findings, Roberto Villatoro is ...

What company does Roberto Villatoro work for?

What is Roberto Villatoro's role at Pluralsight?

What is Roberto Villatoro's Phone Number?

What industry does Roberto Villatoro work in?

Roberto Villatoro, who iscurrently a Software Engineer and Web Developer at Glenair from March 2009 to January 2012 (2 years 11 months), Web Developer at CrowdGather from October 2008 to January 2009 (4 months), Worked on various aspects of the company's forum network including support and front-end design. Technical Support at Dreamhost from July 2007 to October 2008 (1 year 4 months), I was a Technical Support Representative, assisting customers with their website and server issues. Web Developer at Montrose Travel from August 2014 to October 2017 (3 years 3 months) in Montrose, California. * Web Developer working on several projects ranging from Laravel, Lumen, Zend, and WordPress.* Implemented Unit and Integration Testing into coding workflow.* Enforcing PSR-2 Compliance for back-end PHP code.* Project Gatekeeper - Responsible for reviewing co-worker's code and ensuring build stability using a modified implementation of GitFlow.* Helped to architect the company's main platform that handles travel bookings (hotels, cars, flights, cruises, etc.) resulting in an increase in company revenue.* Working in a complex environment that ranges from providing debugging support with fellow teammates, communicating effectively with the Product and Business Teams, coordinating scheduled testing and releases with DevOps, Project Managers/Scrum Masters, and QA, and help provide technical specifications for current and existing coding projects. Back End Web Developer at Blue Media Ventures, Inc. from May 2013 to June 2014 (1 year 2 months) in Glendale, CA. * Porting existing company websites from the old codebase into the Laravel Framework.* Coordinating with management when planning all web development stages on assigned websites.* Collaborate with the marketing staff on designing and implementing new strategies for targeted user demographics.* Integrating various marketing-based APIs such as: MarketOnce, Cake, 5In5Now, Opt-Intelligence, Tiburon, and MixPanel. Back End Web Developer at StudyMode from January 2012 to March 2013 (1 year 3 months) in West Hollywood, CA. * Worked as part of the the StudyMode Development Team during the development of high traffic websites such as: BuenasTareas.com, StudyMode.com and Cram.com. Learned MVC-based architecture using the Zend Framework during the early development phases of FlashcardExchange.com/Cram.com. Collaborated with the Front End Team on integrating the study/create flashcards interface for Cram.com.

Roberto Villatoro has a long and confirmed track record of success in developing code that meets/accomplishes rigorous standards of quality, design, and efficiency. He has a strong understanding of web development and has vast experience in interface design and unit testing, both in his own work and in projects he has been a part of. Roberto Villatoro is also a highly skilled communicator, able to get his points across clearly and effectively to his fellow colleagues.

There's 85% chance that Roberto Villatoro is seeking for new opportunities

Traffic Signal Engineer at City of Chesapeake at AMSEC LLC, A Subsidiary of Huntington Ingalls Industries