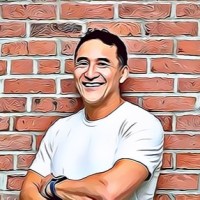 Not the Sim you were
looking for?

Strong sense of self
Self-sufficient
Reserved

What company does Sim work for?

What is Sim's role at RJMetrics?

What is Sim's personal email address?

What is Sim's business email address?

What is Sim's Phone Number?

What industry does Sim work in?

From the time he first took up a mortar and pestle as an Independent Student in 1993 to his current role as Investor at SecurityScorecard in Greater New York City Area, Ed Sim has had an extensive investment experience. As a landlord, he has also been investing in real estate and software. Sim has been an Advisor at Sipphone/Gizmo5, a company that was eventuallyacquired by Google. Sim also advised Answers.com, a website that went public in 1999. From there, until his current role at SecurityScorecard, he was the Managing Director at Dawntreader Ventures (a venture capital firm), which was founded in 1998. Sim has also been involved in the software industry as a consultant and investor. His notable investments include Backed by IBM and Comcast Ventures, as well as the Dawntreader Funds, which total $290mm. In January 2018, he co-founded MState, a company that provides enterprise blockchain technology to the mainstream. He alsofounded MState in 2018 to provide software solutions for centralized businesses. Sim is currently an Investor at Rebel, a company that was founded in 2018 and currently has 4 million users. He has also been involved in the real estate industry. He represented landlords Sipphone/Gizmo5 from 1993 to 1998, and then again from 2002 to 2006. He also represented them on the board from 1998 to 2006. Sim's notable real estate endeavors have included the acquisition of a real estate fund in 2002 and the sale of a kitchen knives company to another company in 2010.

There's 90% chance that Sim is seeking for new opportunities

Cybersecurity in the DISMA Dept. of MAPFRE S.A. at MAPFRE Insurance Company

Sales Recruiting at Box at Box