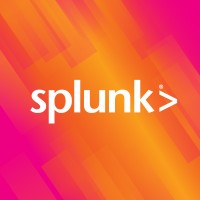 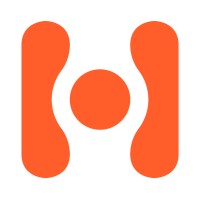 Not the Chris Wheeler you were
looking for?

Based on our findings, Chris Wheeler is ...

Based on our findings, Chris Wheeler is ...

What company does Chris Wheeler work for?

What is Chris Wheeler's role at Splunk?

What is Chris Wheeler's Phone Number?

What industry does Chris Wheeler work in?

Chris Wheeler has been with Splunk for 3 years, and has been working on React.js, redux, sagas, webpack, protractor, saucelabs, GraphQLD3.js, HiChartsMoved to React, Apollo, GraphQL stackJava, Spring, Swagger, Docker, Terraform, Kubernetes, Flink, Kafka. In their experience, Chris Wheeler has enjoyed working with graphs to represent machine data with stream processing. They have also worked with data to beread through a variety of ingest and preconfigured data sources, processed and sent to Splunk or a set of other destinations. Additionally, Chris Wheeler has been a full stack engineer with Python (Google App Engine), Mithril.js, Node.js (webpack, npm, middleware), Vue / ReduxAndroid development in Kotlin / Java, Amazon AWS, SES, SNS, and SQSBuilding Silver.js wrapper for Mithril.js to allow it to modularize codebase and remove the need for extending a library to manage state such as Redux. In their experience, Chris Wheeler has found that front end Engineer utilizing a full Angular Stack, Node.js, and Express404://hightailspaces.com/, while working on projects with Wordpress, Drupal 6/7, ModX CMS systems, built custom themes., and Research and presents new technology ideas and products. Additionally, they have served as primary front end web developer on a number of small-scale projects. In their experience, they have developed intuitive one-button installation data collection services, for various platforms., and constructed algorithms for economic and financial auto-regressive trending equations alongside predictive artificial intelligence for finance forecasting.

Chris Wheeler has over 10 years of experience working in the web development and design field. In that time, Chris has worked with a variety of software development environments, including React.js, Redux, GraphQL, Webpack, and Apollo. He has also cooked up solutions for issues related to website design, back-end development, data representation, and artificial intelligence.Chris started out his career as a Front End Engineer at Hightail in Campbell, California. while working with a variety of web development frameworks, including React, Hightable, and Express. He then moved to OrangeRoc in Honolulu, Hawaii and worked with various web applications, developing mobile and web applications. In his final 2 years at OrangeRoc, he also started up a small project management team and built a REST API for extracting data from various platforms.Chris has committed his time to learning new technology and breaking down complex problems for others. He is now a full stack software engineer and digital strategist at Milan Marketplace in Honolulu, and also leads small team projects across a variety of software development environments.You can find out more about Chris Wheeler on his website or on LinkedIn.

There's 88% chance that Chris Wheeler is seeking for new opportunities

Marketing consultant/analyst at GfK at GfK

IT Service Management Specialist at QOSGUARD

Engineering Manager at Splunk at Splunk

Assurance Senior at EY at EY