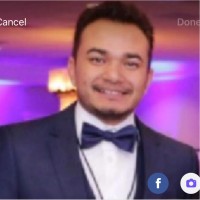 Bachelor of Engineering (BE), Computer

Not the Suman Shrestha you were
looking for?

Based on our findings, Suman Shrestha is ...

Based on our findings, Suman Shrestha is ...

What company does Suman Shrestha work for?

What is Suman Shrestha's role at Bank of America?

What is Suman Shrestha's Phone Number?

What industry does Suman Shrestha work in?

There's 89% chance that Suman Shrestha is seeking for new opportunities

Influencing and Growing the Construction Industry one day at a time! at Saylor Consulting Group

Director, Head of Sales Strategy at Dropbox at Dropbox

IT Specialist at Derivative Technology, LLC

Software Engineer at FRL at FRL

Head of Talent Acquisition at MOO at MOO