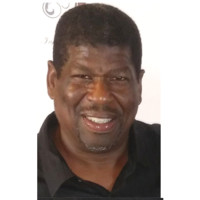 Not the Arnold Kennedy you were
looking for?

Based on our findings, Arnold Kennedy is ...

Based on our findings, Arnold Kennedy is ...

What company does Arnold Kennedy work for?

What is Arnold Kennedy's Phone Number?

What industry does Arnold Kennedy work in?

Arnold Kennedy works in the Information Technology and Services industry.

Arnold Kennedy's education has led him to an interesting career in electrical engineering. He began his education at Georgia Institute of Technology in 1976, taking a Bachelor of Science degree in Electrical Engineer. After completing his undergraduate education, he moved on to earn his M.S. in Electrical Engineer from Georgia Institute of Technology in 1981. Arnott Kennedy's experience and education have prepared him for a successful career in electrical engineering.

Ranked #296 out of 5,922 for Senior Software Engineer in Georgia

There's 94% chance that Arnold Kennedy is seeking for new opportunities

Director of Sales at Zebco

Tinkering Around at Signifyd