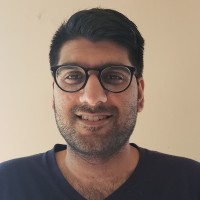 Ranked #252 out of 5,040 for Software Development Engineer II in Washington

There's 93% chance that Zshawn Syed is seeking for new opportunities

Not the Zshawn Syed you were
looking for?

Based on our findings, Zshawn Syed is ...

Based on our findings, Zshawn Syed is ...

What company does Zshawn Syed work for?

What is Zshawn Syed's role at Amazon Web Services?

What is Zshawn Syed's Phone Number?

What industry does Zshawn Syed work in?

Zshawn Syed is currently a Software Development Engineer II at Amazon Web Services in Seattle, WA.Software Engineer under the AWS Elastic Load Balancer control plane team. Senior Software Engineer at Enova International from July 2015 to April 2016 (10 months) in Chicago.Use Ruby on Rails, Sinatra, Postgres, and Golang for use in customer data modelingImplement Ruby on Rails projects for the analytics teamWrite Ruby scripts for automation and other tasksUse Golang for performance in realtime data streaming applications.Software Engineer at United Health Group from June 2013 to June 2015 (2 years 1 month) in Rosemont. IL.Create service packs for our Emergency Department EMR softwareDebug and fix defectsAgile ProgrammingExpand our EMR software for new releases research new implementations of product idea conceptsUse Perl, Java, Javascript(Backbone/Handlebars/Underscore/Jquery), HTML/CSS/SASS.Web Developer at Select Italy from October 2012 to April 2013 (7 months) in Chicago.Integrated a live hotel booking process into the existing website using php, javascript, and html/css.Worked with a third party vendor's API to connect the live hotel booking workflow.Find and fix bugs in the website.Enhance functionality for both end users and internal users.

Zshawn Syed's educational background and work readiness based on his past education:Zshawn Syed has a B.S. in computer science from Illinois Institute of Technology in 2009.Prior to this, he had a student visa to study at Bartlett High School in 2005-2009. While at Bartlett, Zshawn won a number of awards and scholarships, including the Johnnie Walker Award in 2009. Since graduating from university, Zshawn has worked in various roles at companies in the tech industry, starting with two months as a software engineer at Novo Nordisk in 2017. earlier this year he joined the startup acceleratorFundingStorm as a partner.

Zshawn Syed has a B.S. in business Administration from Georgetown University. In his previous experience, he has worked as a Software Development Engineer at Amazon Web Services in Seattle, WA, where he was responsible for developing software for the Elastic Load Balancer control plane team. He also worked at Enova International in Chicago from July 2015 to April 2016, where he was a senior software engineer responsible for developing Ruby on Rails projects for the analytics team and for writing Ruby scripts for automation and other tasks. He also worked at United Health Group in Rosemont, IL from June 2013 to June 2015, where he was a software engineer responsible for creating service packs for our Emergency Department EMR software. Finally, he worked at Select Italy in Chicago from October 2012 to April 2013, where he was a web developer responsible for integrated a live hotel booking process into the existing website using php, javascript, and html/css.In his previous experience, Zshawn Syed has found and repaired bugs in websites, implemented new software projects, and Enhanced functionality for both end users and internal users.

VP of North America Enterprise Sales at Cleo at Cleo