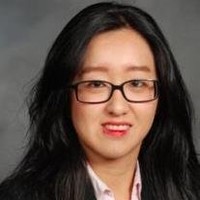 Head of Data Science at Rocketmiles, a Booking Holdings company

Not the Yvonne Lau you were
looking for?

Based on our findings, Yvonne Lau is ...

Based on our findings, Yvonne Lau is ...

What company does Yvonne Lau work for?

What is Yvonne Lau's role at FALCONI Consultores de Resultado?

What is Yvonne Lau's Phone Number?

What industry does Yvonne Lau work in?

Yvonne Lau's experience in data science and analytics has included work on data analysis and interpretation for a variety of industries, including the consulting and travel industry. Lau has also spent time working on big data projects, specifically with areas of machine learning and data engineering. Lau holds a B.S. in Economics from Yale University,where she pursued a research program in’s Economics Department. Lau has worked in various capacities at Rocketmiles, where she was the Lead Data Scientist for the Booking Holdings company, and later as a Data ScientistIntern at Rocketmiles. Lau is currently a Ressearch Assistant for Economics department at Yale University. She has also worked as a Summer Business Analyst at FALCONI Consultores de Resultado in Brazil from June 2014 to August 2014, and as the Head of Data Science & Analytics at Rocketmiles from March 2019 to June 2020.

There's 92% chance that Yvonne Lau is seeking for new opportunities

VP, Recruiting at Yext at Yext

Senior Director of Marketing at Quizlet

Founder of The Zebra | Entrepreneur & Investor at Bill Wood Ventures

President of GAF at GAF

EVP of Data at Shipt at Shipt

Regional Vice President of Sales at Fuze at Fuze