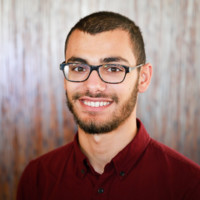 Not the Yusuf Sobh you were
looking for?

Based on our findings, Yusuf Sobh is ...

Based on our findings, Yusuf Sobh is ...

What company does Yusuf Sobh work for?

What is Yusuf Sobh's role at LinkedIn?

What is Yusuf Sobh's Phone Number?

What industry does Yusuf Sobh work in?

Since he became a Staff Software Engineer at LinkedIn, Yusuf Sobh has helped develop and maintain many of the company's most feature-rich iOS applications. His work has included developing applications for the LinkedIn Mobile App and for the LinkedIn website. In addition, he has also been responsible for developing a wide range of other LinkedIn-based applications, including a popular US coworkers tool and a seed investment database.As a software engineer, Yusuf Sobh is dexterous with both code and communication. He is highly skilled in working with other professionals and he is both respected and popular within his work group. Yusuf Sobh is also very efficient at his job and is always able to meet deadlines.

There's 90% chance that Yusuf Sobh is seeking for new opportunities

Resourcing officer at PwC at PwC

Sales and Marketing Executive at DRG at DRG

Product Developer at AND Digital at Noetic Digital