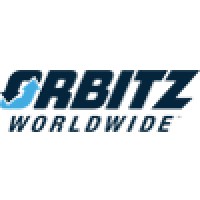 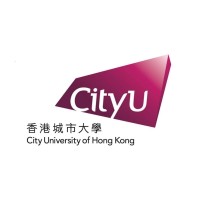 Not the Yichen Wu you were
looking for?

Based on our findings, Yichen Wu is ...

Based on our findings, Yichen Wu is ...

What company does Yichen Wu work for?

What is Yichen Wu's Phone Number?

What industry does Yichen Wu work in?

Yichen Wu has been working as a software engineer for two years at a startup in San Francisco Bay Area. He started as a software engineer II and rose to the rank of software engineer III. He has worked on a wide range of software throughout his career, from developing an app for an online travel agency to redesigning a student residence office. His work has focused on developing features for an e-commerce app, patching Bugs, and leading a refactor team to migrate an app to a light theme. He has also worked on Retrofit, OkHttp, Gradle, modularization, annotation processor, and ab testing.

Yichen Wu's education and work readiness background:Since he obtained his Bachelor's Degree in 2009, Yichen Wu has been working in the Information Engineering industry. He has since thensuccessfully pursuing his Master's degree in Computer Science at the University of Chicago, where he currently holds a likewise degree.Previously, Yichen Wu had worked in the software development field for various companies and organizations. In his roles, he had experience working in both Mandalay Bay Sands Company and Starwood Hotels and Resorts, both in the Hong Kong market.Besides his education and work readiness background, Yichen Wu is also an experienced software engineer. In his past roles, he has been very particular in terms of his work processes and settings, and has been very effective in driving and managing teamworking initiatives.Yichen Wu is a highly skilled software engineer with the ability to work independently and contribute to a team. He is also very resourceful and innovative, and is always looking for ways to improve his team productivity.As an experienced software engineer, Yichen Wu is well equipped for his current role as a Senior Software Engineer at Videoconferencing and Data Storage Company,HEB Corporation.In his current role, Yichen Wu is responsible for developing and maintaining the software development projects for the company's global broadcast and conferencing products. He is also responsible for leading and mentoring the software development team.In his previous roles, Yichen Wu has shown himself to be an excellent teamworker and a reliable and success-driven servant. He is highly motivated and strives for proficiency and reliability in his work.By studying and working with Yichen Wu, any business or organization looking to recruited an outstanding software engineer could benefit immensely.

There's 94% chance that Yichen Wu is seeking for new opportunities

Director of Talent Acquisition at Imgur

Accelerate the world’s innovation at HackerRank

Executive Advisor at Thomas H Lee Partners at AXA US

Perfecting mobile apps, one bug at a time. at Evite

Agile analytics with passion for helping people work together at Enevo Inc.