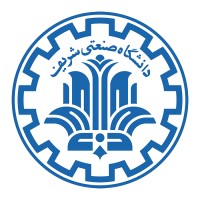 Not the Yashar Asgarieh you were
looking for?

Based on our findings, Yashar Asgarieh is ...

Based on our findings, Yashar Asgarieh is ...

What company does Yashar Asgarieh work for?

What is Yashar Asgarieh's role at NVIDIA?

What is Yashar Asgarieh's Phone Number?

What industry does Yashar Asgarieh work in?

Yashar Asgarieh has a Doctor of Philosophy from the University of California San Diego in Computer Science. Previously, he held a research position at the University of California San Diego where he investigated the effects of artificial intelligence on human decision making. Asgarieh's current work is focused on developing artificial intelligence engineers who are primed for success in the workforce.

There's 87% chance that Yashar Asgarieh is seeking for new opportunities

Building the World's Largest, Most Reliable, and Efficient Global Network! at Facebook

Fueling the Future of Business, Gartner at Gartner

Recruitment Partner to some fantastic Businesses.

THE ONLY THING CONSTANT IS CHANGE

Global Managing Director at Endemol Beyond