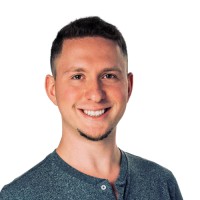 There's 95% chance that Yair Aviner is seeking for new opportunities

Not the Yair Aviner you were
looking for?

Based on our findings, Yair Aviner is ...

Based on our findings, Yair Aviner is ...

What company does Yair Aviner work for?

What is Yair Aviner's role at Alpha?

What is Yair Aviner's Phone Number?

What industry does Yair Aviner work in?

Yair Aviner works in the Information Technology and Services industry.

When it comes to his engineering experience, Yair Aviner has had both a frontend and backend engineering role. He has also worked in other areas of technology, including user interface design and digital marketing.Aviner has a degree in computer science from the Hebrew University of Jerusalem and has been working as an engineer for over 10 years. He started his career at a company that provided a research platform for rapid consumer feedback. There, he worked on a number of projects, including a prototype design and UX testing.He then worked at Feedback Loop, where he was responsible for the design of a native iOS Application and for user interface design and digital marketing. He also led a research group which studied new technologies.Aviner is now a Full Stack Engineer at Feedback Loop. Here, he is responsible for designing and building prototypes for various projects, and he also spends a lot of time focusing on practical skills. He grades most of his work effectively, as he is comfortable with project-based grading.Aviner is very interested in user experience and in quickly understanding consumer needs. He is also very interested in technology, and he has spent a great deal of time learning about different technologies. He is a Senior Frontend Engineer at iCIMS, and he also lectures on web application development to different students.

Since she joined the engineering team at Feedback Loop in April 2016, Yair Aviner has been instrumental in the company's growth. In her role as FullStack Engineer, she has rewritten and built the company's entire front-end tech stack, from scratch. She also assists in the development of our research platform and leads design on a wide range of projects.In her previous worksettings, Yair Aviner focused largely on practical skills. At the end of the semester, she and her students built and presented their own database-backed web applications on Heroku. In her previous positions, she was particularly interested in helping her students apply their skills in practical ways. For example, she designs and builds prototypes for her students, grade their projects, and helps them to measure their success.Yair Aviner is also a highly skilledinteraction designer. She designed and built prototypes for various projects and achieved consistently high usability scores. In her previous positions, she was also involved in product and research development. Her skills in design and research make her an essential member of the engineering team at Feedback Loop.

Software Developer at Lyft at Lyft

Co-Founder & CEO at Lilium GmbH - We are hiring! at Lilium Aviation

Head of IT, Senior IT Manager at Heathrow

Director of Mobility and Transportation Projects, Information Technology and Innovation at Keolis

Global Head of Public Cloud at AIG at AIG

Project Manager and Data/Solution Architect. Looking for a new opportunity in NY/NJ or Kiev at Luxoft

Data Scientist at E.ON at E.ON