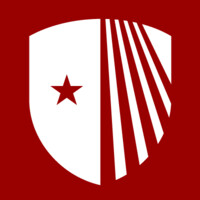 Ranked #973 out of 19,460 for Computer Science Master student in California

There's 93% chance that Xuan Wang is seeking for new opportunities

Not the Xuan Wang you were
looking for?

Based on our findings, Xuan Wang is ...

Based on our findings, Xuan Wang is ...

What company does Xuan Wang work for?

What is Xuan Wang's role at Stony Brook University?

What is Xuan Wang's Phone Number?

What industry does Xuan Wang work in?

Xuan Wang has experience as a software engineer at Facebook, where he was responsible for developing software for the company's social media platform, FacebookInsights. He also spent a year as an engineering intern at EMC, where he worked on a data-related project. Xuan Wang then went on to work at Beijing University of Post and Telecommunication/ Disaster Backup Lab, where he contributed to the development of a backup-oriented file system. Xuan Wang then rejoined Dell EMC, where he was a principal software engineer for five years. during this time, he also worked on developing a de-duplication filesystem called DDFS. Xuan Wang has also been mentored by interns at EMC and has achieved excellence in the Computer Science Master program at Stony Brook University. Xuan Wang has since left Dell to start his own company.

Xuan Wang has a B.S. in Computer Science from Stony Brook University and a Master's degree in Network Engineering from Beijing University of Post and Telecommunications. Xuan Wang is currently a post-doctoral fellow at the University of Massachusetts Amherst. Xuan Wang has earlier worked as an employee of IBM in several positions. Xuan Wang has expertise in computer science, network engineering, and has completed several Research Mentoring Program (RM programs) and Scholar-Focused Fellowship Programs (SFTPs) with other universities.

Software Engineer at Careem at Apple

Project Executive at Rudolph and Sletten

Director of Engineering at Slack at Slack

chairman at Nikai at Nikai