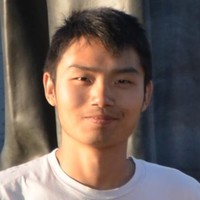 Not the Xilong Fan you were
looking for?

Based on our findings, Xilong Fan is ...

Based on our findings, Xilong Fan is ...

What company does Xilong Fan work for?

What is Xilong Fan's role at Cruise Automation?

What is Xilong Fan's Phone Number?

What industry does Xilong Fan work in?

Xilong Fan has been working in the softwear industry for over 10 years. His early development experience came from working with low-end wearables, such as activity and activity/activity trackers. In his 10 years of experience, he has developed several softwear products, including a smartwatch and trackers for children.Xilong Fan is a Senior Software Engineer at Cruise Automation in San Francisco Bay Area. He has worked on a variety of software development projects, specializing in massive backend data integration and record linkage. In his work experience, he has developed a strong understanding of traditional data ETL, online stream data processing and cross-vendor data matching and merging. He is also responsible for infrastructure automation and administration, including developing and implementing a platform utilities library on top of proven, mature open source technology.Xilong Fan is a Senior Software Engineer at Spokeo in Greater Los Angeles Area. He focuses his work on designing, implementing and packaging in-house framework & system utilities on top of proven, mature open source technology. His work has included working with cross-language services, extending ruby-mri. In his 10 years at Spokeo, he has developed a range of products, including a smartwatch and trackers for children.

There's 92% chance that Xilong Fan is seeking for new opportunities

HR Generalist at Medtronic at Swarovski

Director at ACRWORLD Recruitment Sourcing the best fit out, refurbishment and construction talent. at ACRWORLD

Senior Associate at Allens at Allens

HR Advisor at INPEX at INPEX

Software Engineer at Angaza at Angaza

SRE at Apple at Apple

Scaling Talent at Lendable at Apttus

VP, People and Workplace at Tile - We're Hiring! at Tile