Attorney and Advisor to non-profit organization on government relations and legislative process. 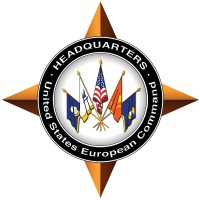 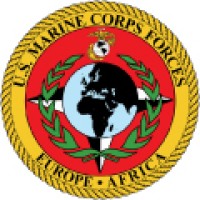 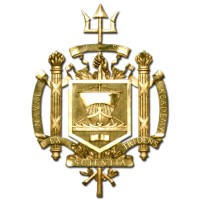 Assistant Professor of Law and Deputy Director for Character Education 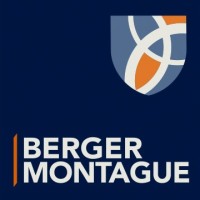 Ranked #226 out of 4,510 for Attorney and Advisor to non-profit organization on government relations and legislative process. in Virginia

There's 96% chance that William Collins is seeking for new opportunities

Not the William Collins you were
looking for?

Based on our findings, William Collins is ...

Based on our findings, William Collins is ...

What company does William Collins work for?

What is William Collins's role at Law Practice?

William Collins is Attorney and Advisor to non-profit organization on government relations and legislative process.

What is William Collins's Phone Number?

What industry does William Collins work in?

Attorney at Law- William Collins was an Attorney at Law from 1992 to 2019.- Judge Advocate at United States Marine Corps from 1992 to 2019 (26 years 10 months).- Inspector General at Marine Forces Europe and Africa from February 2017 to April 2018 (1 year 3 months) in Stuttgart Area, Germany.- The Command Inspector General promotes combat readiness, institutional integrity, effectiveness, discipline, and credibility through impartial and independent inspections, assessments, inquiries, investigations, teaching, and training. - This has ensured maintenance of the highest levels of war fighting and mission capabilities across two continents and throughout the Marine ForcesEurope and Africa Command.Future Operations Officer- William Collins was a Staff Director and Counsel at HVAC Subcommittee on Disability Assistance and Memorial Affairs at United States House of Representatives from February 2011 to May 2012 (1 year 4 months).- Staff Director and Counsel, Subcommittee on Disability Assistance and Memorial Affairs at House Veterans Affairs Committee, United States House of Representatives from February 2009 to January 2011 (2 years).- Adviser to the Speaker of the House of Representatives from February 2009 to January 2011 (2 years).- Collateral duties include oversight and coordination of the House Page programs in the Speaker's Office.Appointed to position as a two year non-partisan fellow, through the U.S. House of Representatives Wounded Warrior Fellow Program. Rule of Law Working Group Member at US Marine Corps; II Marine Expeditionary Force (Forward), Multi National Forces – West from February 2007 to November 2007 (10 months) in Al Anbar, Iraq. Reconstituted Criminal Courts in Anbar Province through engagement with local Iraqi Bar and Judiciary, and restoration of courthouse facilities.Officer Candidate at US Marine Corps; Officer Candidate School from June 1992 to August 1992 (3 months) in MCB Quantico, Virginia. Commissioned a 2ndLt of Marines at conclusion of OCS and returned to Widener Commonwealth to complete 2nd and 3rd year of law school.Securities Litigation Paralegal at Berger Montague from September 1989 to August 1991 (2 years) in Philadelphia, PA. Worked in Securities Law Section of complex litigation plaintiffs firm.Focus of practice was shareholders federal class action law suits under the 1934 Securities Act and derivative state litigation. Conducted factual and legal research, participated in discovery process and document review, identified critical documents and prepared evidence for trial, and conducted statistical analysis into estimated class damages suffered by shareholders.Program Director - Marine Corps Disability Counsel Program (MCDCP) at US Marine Corps; Headquarters, United States Marine Corps (HQMC) from June 2012 to January 2014 (1 year 8 months) in Joint Base Myers-Henderson Hall, Arlington, VA. Responsible for developing and implementing policy as well as direct oversight of worldwide operations and legal service of the Marine Corps' program to provide legal counsel to all Marines and Sailors going through the Disability Evaluation System (DES), consisting of both local Medical Evaluation Boards (MEB

William Collins has a B.A. in Political Science/International Studies from La Salle University in 1984. He also has an H.S. Diploma in College Prep from bishop mcdevitt which he received from his college of Widener University in 1985.

Horses | Bill Collins has been a horse lover since he was a young boy. When he was commissioned into the Marine Corps, he was Looking to get his hands on as many Horses as possible. He has been riding horses ever since he could learn and now works as a Professional Horse Trainer.Bill Collins has trainers in both Europe and the United States and is currently working with Des Breyers in Germany. He has worked with different types of horses and has found that they all respond well to his training methods. He has a good understanding of eating and pacing Horses and can handle them in any type of environment. He is also a very good certified animal nutritionist, making him an essential part of any horse farm.