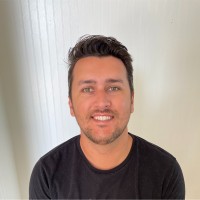 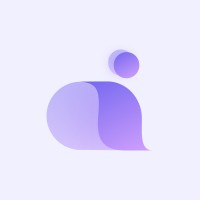 Not the Will Levalley you were
looking for?

Based on our findings, Will Levalley is ...

What's on Will Levalley's mind?

Based on our findings, Will Levalley is ...

About Will Levalley's Current Company

Frequently Asked Questions about Will Levalley

What company does Will Levalley work for?

Will Levalley works for Team.ai

Will Levalley is Manager, Talent Delivery

What is Will Levalley's personal email address?

What is Will Levalley's business email address?

What is Will Levalley's Phone Number?

What industry does Will Levalley work in?

Will Levalley works in the Internet industry.

I managed a team of 5 full-cycle technical recruiters that specialized in placing DevOps/Systems, QA/SDET, and Security Engineers for full time and contract positions locally in the Orange County area. Lead Technical Recruiter at Motion Recruitment from July 2016 to July 2016 (1 month) in Orange County, California Area. Promoted to Lead Recruiter on the .NET recruiting team at Workbridge Associates before shortly after being promoted again to Practice Manager at Jobspring Partners to manage the DevOps recruiting team.Workbridge and Jobspring Partners are sister agencies that specialize in technology recruiting across North America's hottest tech markets. Technical Recruiter at Motion Recruitment from January 2015 to July 2016 (1 year 7 months) in Newport Beach, California. Workbridge Associates is a professional IT recruitment agency that specializes in matching top IT professionals with organizations of all sizes that offer rewarding full-time and contract career opportunities. With a deep understanding of the most promising technologies being used in today’s world, we fit seamlessly in the technology markets of the ten major North American cities we operate in. Unlike typical IT staffing agencies, we go the extra mile to show not only our commitment to candidates looking to progress their careers, but to the tech community as a whole. Tech Recruiting Manager - DevOps, Security, and QA/SDET at Jobspring Partners from July 2016 to February 2019 (2 years 8 months) in Irvine.

Will LeValley has a background in Broadcast Journalism and Acting.illard's Communication program made him a confident, articulate leader. He also holds an Associate's degree from Orange Coast College, where he was a Communication major and a member of the National Honor Society. In addition to his education, Will has worked in television newsrooms and plays on the Orange Coast College sports teams.LeValley's acting experience came in a more natural way. He was cast as the lead in an early summer production of "Avenue Q" at the University of Southern California's PlayStation Theater. In his production, he played the role of Tim occupations. The production won the USC Shakespeares Award.LeValley has since appeared in independent movies and TV shows. A few notable projects include portraying the role of Kevin Bacon in the independent film "Take the Weight" and playing recurring roles on the CW series "Riverdale" and "The Good guys".In 2018, LeValley was cast in the role of Jared in Ridley Scott's glossy period drama "All the Money in the World". The movie is set in the early 1800s and draws from the life of the infamous Miami Rappernl Joe Morgan.LeValley enjoys his work and is looking forward to his next project. He is confident that he has the ability to project himself in a lead role and is excited to use his acting skills to help others.

Work experiences:Senior Business Developer at SeedCoWill LeValley is a Senior Business Developer at SeedCo in Seattle, Washington. His experience with software development and systems design comes from his work at Microsoft and at SeedCo as a Business Developer. He has also worked with data engineering, explains his experience in the following, "At SeedCo, we're all about making data accessible, convenient, and actionable for everyone in the company. We use a variety of technologies, from machine learning to Big Data, to make data insights available to our users as quick as possible. And we always work to make sure that our data is tightly integrated into our software. This makes it easy for our users to see the impact of their decisions, on the Hastie and Morley clock, for example. It also makes it easy for us to respond rapidly to customer feedback." SeedCo's History: The company was founded in 1998 by two engineers, Eliot Bost and Patrick Moorhead. Since its inception, SeedCo has worked to create innovative products that have made a large impact in the cannabis industry. The company has developed a wide range of cannabis-based products, including an extractor shotgun, an oilseed, a tincture, a capsule, and a vape pen. SeedCo has been profitable every year since 2013, and it is estimated that it has sales of over $40 million. Look for: The company's products are in demand, and it has delivered on its promises. Here is a list of some of the products that have been popular withPot smokers, 'cannabis terpenes,' and other cannabinoid products.What experience do you have with software development and systems design?What experience do you have with data engineering?What experience do you have with system design?

Will Levalley's Willingness to Change Jobs

There's 94% chance that Will Levalley is seeking for new opportunities

Fueled the growth of digital media, unleashed billions of dollars of ad spend by training over 100,000 professionals.

Miller Professor and Chair at Weitzman School of Design, department of architecture at Archi-Tectonics, NYC, LLC

Talent Acquisition Consultant at iProspect at IN Marketing

Senior Director Of Engineering at Oracle at Oracle

Program Manager at Razorfish at Capgemini

Co-founder and President at beBee.com, The Collaborative Platform for Professionals at beBee, Inc.

Turn the digital switch on!