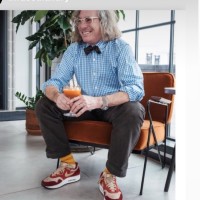 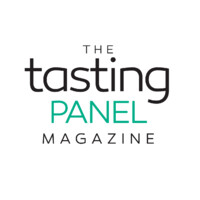 Not the Warren Bobrow you were
looking for?

Based on our findings, Warren Bobrow is ...

Based on our findings, Warren Bobrow is ...

What company does Warren Bobrow work for?

What is Warren Bobrow's role at Klaus?

What is Warren Bobrow's Phone Number?

What industry does Warren Bobrow work in?

Warren Bobrow has been cooking and bartending since he was seven. He received his education in Culinary Arts from the University of the Arts in London, England. In 2007, Warren started working as an Executive Assistant at Wachovia Bank in Newark, NJ. He left Wachovia Bank in 2006, to start his own company, Apothecary Cocktails, LLC. Warren has written for numerous magazines, including Tales of the Cocktail and New Orleans' own New Orleans Magazine. In addition, he has written for et Mag, Revue de Gastronomie, and Serve Raw. His first book, Apothecarycocktails.com: Nominated for a Spirited Award, 2014 Tales of the Cocktail, will be released in October 2014. Warren also teaches cocktailMA at The New School in New York City.

Warren Bobrow has a degree in Film from Emerson College. Warren has been working in the restaurant industry since 1989. He has worked at Johnson/Wales in Chester and at French Culinary Institute. Warren is currently working as a Food Writer at the restaurant New School University. He is also a Film and Media enthusiast.

Warren Bobrow has 4 years of experience as a cocktail writer and mixologist. He also has experience as an author, as an executive assistant, and as a private chef. Bobrow is also a judge for the 2009 and 2010 Ministry of Rum tastings.

There's 73% chance that Warren Bobrow is seeking for new opportunities

Improving banking one person and one business at a time. DISCLAIMER: All content contained herein is solely my own.