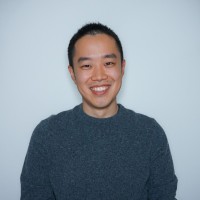 PhD Student at University of Washington

There's 100% chance that Victor Zhong is seeking for new opportunities

Not the Victor Zhong you were
looking for?

Based on our findings, Victor Zhong is ...

Based on our findings, Victor Zhong is ...

What company does Victor Zhong work for?

What is Victor Zhong's role at Bloomberg LP?

What is Victor Zhong's Phone Number?

What industry does Victor Zhong work in?

Victor Zhong's professional and technical experiences:Victor Zhong holds a PhD from the University of Washington, where he is a Research Scientist. Zhong has several years of experience in software engineering, including a period at Salesforce Research, where he was a Research Scientist. Zhong has also worked as a software engineer at Altera, Brain Robotics, and National University of Singapore. He is currently a Research Apprentice at Facebook AI.

IT Consultant at White Clarke Group

Marketing Manager at D&AD at D&AD

On a sabbatical. Ex Paytm at Ex Paytm

Applied Researcher at eBay at Ebay