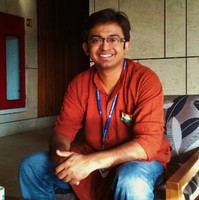 Ranked #252 out of 5,040 for Software Engineering Intern in Washington

There's 100% chance that Tushar Saxena is seeking for new opportunities

Not the Tushar Saxena you were
looking for?

Based on our findings, Tushar Saxena is ...

Based on our findings, Tushar Saxena is ...

What company does Tushar Saxena work for?

What is Tushar Saxena's role at Kabam?

What is Tushar Saxena's Phone Number?

What industry does Tushar Saxena work in?

Tushar Saxena has a Master of Science (M.S.), Computer Science from University of Southern California from 2013 to 2015 and a Bachelor of Technology (B.Tech.), Information Technology from Uttar Pradesh Technical University from 2006 to 2010.

Director at KPMG at KPMG

Managing Director at Kaizen at iProspect

Back End / Full Stack Developer in London at Medidata Solutions

Group CEO at BBVA at BBVA

Head of QA at Zopa at Zopa

Recruiting at Cruise at Cruise