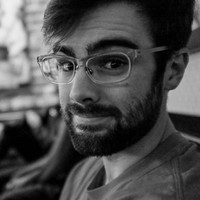 There's 85% chance that Tucker Noia is seeking for new opportunities

Not the Tucker Noia you were
looking for?

Based on our findings, Tucker Noia is ...

Based on our findings, Tucker Noia is ...

What company does Tucker Noia work for?

What is Tucker Noia's role at Yelp?

What is Tucker Noia's Phone Number?

What industry does Tucker Noia work in?

Backend Engineer at Yelp:Tucker Noia is currently a Backend Engineer at Yelp in San Francisco, California.Backend Engineer at Kamcord from March 2016 to August 2017 (1 year 6 months).Engineer at Qualcomm:Tucker Noia worked on manufacturing tools to provide OEMs a streamlined factory experience.Windows Platform Intern at Qualcomm from May 2014 to August 2014 (4 months):Wrote a Proﬁle Based Conﬁguration tool to help user’s conﬁgure the debugging subsystem to their speciﬁc needs.Improved the debugging subsystem’s driver to allow support for tracing of software events on multiple images instead of just one at a time.Web Development Intern at Genworth Financial from May 2013 to August 2013 (4 months):Worked on the Cost of Long Term Care mobile website using Agile software development practices.Teaching Assistant at Virginia Tech Computer Science from January 2014 to December 2014 (1 year):CS 2114 - Software Design & Data Structures (1 semester). Hold office hours to help students better understand the material and succeed in the course. Hold weekly lab where students code out an assignment in approximately two hours.CS 3114 - Data Structures & Algorithms (1 semester). Hold office hours where students cancome and ask questions about the course's material as well as clarify any questionsabout homework and projects.Co-op at Genworth Financial from August 2013 to December 2013 (5 months):Worked on the Cost of Long Term Care Android application.

Tucker Noia's current education:Tucker Noia is a recent graduate of Virginia Tech with a Bachelor of Science in Computer Science and Mathematics. Tucker was elected to the 2016 American Mathematical Society (AMS) Division of Legendre Groups and Their Applications vote. Tucker has also been a member of the American Mathematical Society's (AMS) Division of Algebra. In her previous educational years Tucker was also a member of the Phi Epsilon Chapter of the Sigma Xi Fraternity. Tucker is currently a member of the computer science and mathematics graduate school at Virginia Tech.

Background:Tucker Noia was born in the San Francisco Bay Area, and has lived here for most of her life. She attended Hobbs-Lyon High School, where she met her future husband, Brian Noia. Tucker started her undergraduate studies at UC Berkeley, where she earned a degree in Computer Science. She then worked on her graduate degree at UC Berkeley, earning a Master’s degree in Computer Science.After earning her Master’s degree in Computer Science, Tucker spent a year working as a teaching assistant at Virginia Tech. She then spent two years working as a software engineer at Qualcomm, where she helped to develop manufacturing tools. During her time at Qualcomm, Tucker also wrote a Proﬁle Based Configuration tool to help users conﬁgure the debugging subsystem to their speciﬁc needs. She also improved the debugging subsystem’s driver to allow support for tracing of software events on multiple images instead of just one at a time. Tucker then worked as a web developmentintern at Genworth Financial. While at Genworth Financial, she worked on the Cost of Long Term Care mobile website. In January 2014, Tucker started working as a teaching assistant at Virginia Tech. After one year of teaching assistant work, she left Virginia Tech to begin her own job at Genworth Financial. Nessun commento avanzato

Head of Process Sciences, Ipsen Biosciences at Ipsen US

Programmer with experience in algorithms at Google

Data Specialist at IBM at IBM

Head of IT at Livingstone Tech