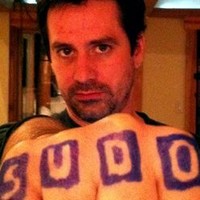 Vice President Of Engineering at Medal 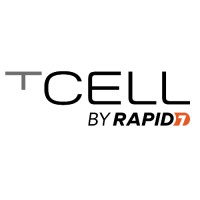 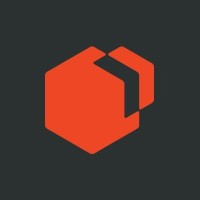 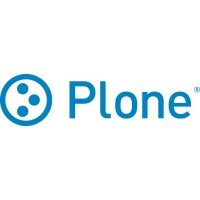 Not the Tom Kapanka you were
looking for?

Based on our findings, Tom Kapanka is ...

Based on our findings, Tom Kapanka is ...

What company does Tom Kapanka work for?

What is Tom Kapanka's role at CIGNEX Technologies?

What is Tom Kapanka's Phone Number?

What industry does Tom Kapanka work in?

Tom Kapanka's experiences with DevOps in particular and with software engineering generally include: working with teams, developing and maintaining code, designing and deploying systems, and managing systems. He has also worked in technical project management and in a number of other roles in software engineering.Tom Kapanka has a degree in Electrical Engineering from Northwestern University in Evanston, Illinois. He began his career as a research engineer at Motorola in San Francisco, California in 1998. He worked as a systems administrator at Aspen Media/KFOG from 1998 to 2001 (3 years), and as a developer at Plone Foundation from 2001 to 2002 (1 year 1 month). He then worked as an engineering team lead at Burning Man from 2000 to 2006 (6 years), before becoming a systems administrator at Laughing Squid Web Hosting from 2001 to 2002 (1 year 1 month). He then worked as a board of directors member at Plone Foundation from October 2013 to October 2014 (1 year 1 month), and as a senior director of DevOps at Medal from April 2019 to November 2019 (8 months).Tom Kapanka has experiencefortable working with a wide range of programming languages, from Clojure to Python. He is also familiar with DevOps and software engineering principles, including ledo, system regulars, and continuous integration/continuous delivery.

Tom Kapanka has over 10 years of experience leading and managing teams of engineers in the engineering and product areas. Tom is a senior engineer at MedalTom Kapanka is currently a Senior Systems Administrator at Aspen Media/KFOG from 1998 to 2001 (3 years) in San Francsico, CA. . Member at Plone Foundation. . DevOps Manager & Senior Engineer at Ampush from December 2015 to February 2017 (1 year 3 months) in San Francisco Bay Area. . DevOps Manager at Fuze, Inc. from October 2008 to July 2014 (5 years 10 months) in San Francisco Bay Area. . Engineering Team Lead at Burning Man from 2000 to 2006 (6 years). . Systems Administrator at Laughing Squid Web Hosting from 2001 to 2002 (1 year). . Board of Directors Member at Plone Foundation from October 2013 to October 2014 (1 year 1 month). A 501(c)(3) non-profit organization formed in May 2004 to serve as a supporting organization for Plone and its community. Provides support for the development and marketing, and the legal owner of the Plone codebase, trademarks, and domain names. Our goal is to ensure that Plone remains the premier open source content management system and that we broaden its acceptance and visibility. Developer Advocate at Crate.IO from September 2014 to July 2015 (11 months) in San Francisco. Making everything awesome. Owner at Allô! St. Barths from October 2006 to October 2012 (6 years 1 month). The site has been shut down. Senior Consultant at CIGNEX Technologies from March 2008 to July 2008 (5 months). Technical Project Manager, Software Analyst, XP/Agile development lead. Zope/Plone migration assistant at European Environment Agency from May 2006 to August 2006 (4 months). Migrated diverse internationalized content, and developed custom features and products for upgraded web portal. Worked on-site in downtown Copenhagen.

There's 91% chance that Tom Kapanka is seeking for new opportunities

Quant at UBS at UBS

I do freelance illustration and graphic design work... at Top Dog Multimedia

Cyber Security at CSC at CSC

Head of Business Intelligence & Insight at Dunelm at Dunelm

Head of Data and Business Intelligence at JRP Group at Just ..

Head of product, Online at ITV at ITV