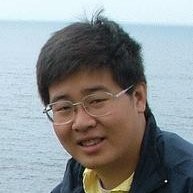 ME, Computer Science and Engineering

Not the Ting Yang you were
looking for?

Based on our findings, Ting Yang is ...

Based on our findings, Ting Yang is ...

What company does Ting Yang work for?

What is Ting Yang's Phone Number?

What industry does Ting Yang work in?

broader experience:Ting Yang is currently working as a Software Engineer at Facebook.Previously, Ting Yang have worked as a Software Engineer at Intel from April 2009 to June 2012 (3 years 3 months). Work jointly with Microsoft to analyze and optimize .NET Framework/Silverlight runtime (incluing GC, JIT, and library implementation) across Intel platforms, ranging from large scale server to destop and to ultra-mobile systems.Research Intern at Intel from June 2006 to September 2006 (4 months). I worked in Intel Software Solution Group (SSG) of Middleware Product Division (MPD). My intern project focuses on coordinating multiple JVMs from virtual memory manager inside the operating system kernel to maximize the utilization of system memory.Graduate Research Assistant at University of Masschusetts Amherst from September 2001 to April 2009 (7 years 8 months). I have focused on cooperative resource management for high performance. For example coordinating virtual memory manager and garbage collector to avoid page swapping when under memory pressure, and integrating CPU, memory and I/O management in Linux kernel to provide better support for interactive applications.

Profile:Ting Yang has worked as a Software Engineer for Facebook, In Bing Cuomo'sDepartment of Electrical and Computer Engineering at University of California, Irvine and in Micorsoft Research where he developed a new deferred reference counting garbage collector for C#. In Bartoko, he explored some possibilities of building heap abstractions for objects in heap to facilitate garbage collectors. Additionally, he has also worked as a Research Intern at Intel in the Advanced Compiler & Runtime System group.

There's 91% chance that Ting Yang is seeking for new opportunities

Audit Manager at EY at EY

head of IT security operations department at PB IT, a. s.

QA Specialist at Actum at ActumCZ

Audit Assistant at EY at EY