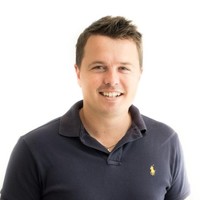 Not the Tim Jarvis you were
looking for?

Based on our findings, Tim Jarvis is ...

Based on our findings, Tim Jarvis is ...

What company does Tim Jarvis work for?

What is Tim Jarvis's role at RETAIN™ by F&C?

What is Tim Jarvis's Phone Number?

What industry does Tim Jarvis work in?

Born in Cardiff, Wales, Tim Jarvis completed his undergraduate studies at the University of Wales, Cardiff, where he studied protein science and technology. After completing his undergraduate studies, Jarvis then went on to Aberystwyth University and completed his postgraduate study in strategy studies and financial modelling.Aside from his undergraduate studies, Jarvis also completed a period of study in business and marketing at Hurstpierpoint College, where he gained valuable business and marketing knowledge. After completing his postgraduate studies, Jarvis worked as a financial modelling consultant for a year before starting his own business, Jarvis Business Solutions.Jarvis's current work readiness:Jarvis is currently working as a financial modelling consultant. Jarvis is highly experienced and has a strong business background, which makes him an ideal candidate for this current position. He is highly capable and has the skills and experience to take on this position successfully.

At RETAIN™: by F&C, Tim Jarvis is currently a Founder, Coach & Mentor.Tim Jarvis has over 10 years of leadership, experience and expertise in the industry of Media Production. As a Founding and Managing Director at SeeThat, he was responsible for building and leading a team of marketing experts that helped build and operate a large online video production company. During his time at SeeThat, Tim was also responsible for developing, launching, and running aninus marketing campaigns for Premier League and Bundesliga teams. In his previous work, Tim has also been involved with developing, launching, and running video marketing campaigns for a variety of other top-level sporting events.In his personal life, Tim is a father to two children and a husband to his wife of 10 years. He is also a Trustee at The Twisted Foundation, responsible for developing and raising awareness for mental health programming and resources for children and young adults. Tim has also been a Board Member at Sussex County Cricket Club for the past 7 years.

There's 76% chance that Tim Jarvis is seeking for new opportunities

Organizational Consultant. DE&I Changemaker. Author of Gender Ambiguity in the Workplace and The Ethical Sellout. (They/Them, She/Her) at NotMe Solutions