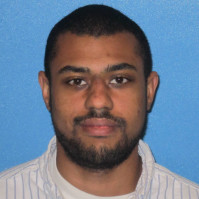 There's 93% chance that Steve Senviel is seeking for new opportunities

Not the Steve Senviel you were
looking for?

Based on our findings, Steve Senviel is ...

Based on our findings, Steve Senviel is ...

What company does Steve Senviel work for?

What is Steve Senviel's role at EASi?

What is Steve Senviel's Phone Number?

What industry does Steve Senviel work in?

Steve Senviel objectively describes his job experience at Western Digital as follows:I was a Lead Test Development Engineer for the migration of 15nm MLC products from Advantest T5773 to Advantest T5831 testing platform. I also worked with the NAND characterization group to develop solutions for Hi-Speed Toggle Mode DDR customer RMAs of 15nm MLC NAND products. Additionally, I was involved in training Junior engineers on the operation and programming of the Advantest T5773 & T5831 tester platforms and NAND package test methodologies. I also worked with SanDisk to develop solutions for screening out high-speed DDR failures on 17nm MLC products during production testing. As a result, I was responsible for developing test programs for 19nm MLC NAND component testing on the Advantest T5773 ATE platform used in the testing and configuration of 3D NAND flash IC components.

Senior Marketing Leader/CMO at 2U

Invite Zena to connect at Dropbox

Software Engineer at Theorem at Square

Head of Development at Mountain Warehouse

Head of Engineering, Driver and Rider Engagement at Lyft at Lyft