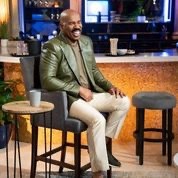 Talk Show Host and Executive Producer at Steve on Watch 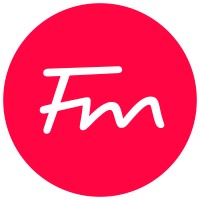 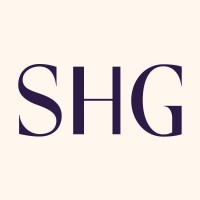 Not the Steve Harvey you were
looking for?

Based on our findings, Steve Harvey is ...

Based on our findings, Steve Harvey is ...

What company does Steve Harvey work for?

What is Steve Harvey's role at Steve on Watch?

What is Steve Harvey's Phone Number?

What industry does Steve Harvey work in?

Steve Harvey had many years of experience as an entrepreneur and talk show host. He was also for a time an author and author of a book about hair cults. He was also a speaker for government groups and business groups.

professionally, Steve Harvey is an entrepreneurial speaker and author who has appeared on many talk shows and radio programs across the United States. He is also an author of a book on AIDS, which was released in 2009. Additionally, Steve has been a game show host on Family Feud at Endemol in Greater Atlanta Area since 1986. He has enjoyed a lengthy career in broadcasting,Cartoon Network Mentor, produced a hit special for the networks, co-created ECSTATIC with Aaron Spelling, and is currently a Foundation Founder at Steve and Marjorie Harvey Foundation.

Ranked #280 out of 5,597 for Talk Show Host and Executive Producer in Georgia

There's 75% chance that Steve Harvey is seeking for new opportunities

An HR thought leader who leverages employee strengths to build high-performing teams and organizations with a blend of empathy, expertise, and a dash of eccentricity (AKA out-of-the-box thinking).

I created YouMap® because it's hard to read the label when you're inside the jar | Bestselling Author, DisruptHR Speaker at YouMap LLC

CEO ACE, Board Member, Speaker. A guy who loves startups and corporate innovation. at ACE Aceleratech