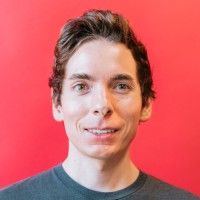 Not the Stephen Blum you were
looking for?

Based on our findings, Stephen Blum is ...

Based on our findings, Stephen Blum is ...

What company does Stephen Blum work for?

What is Stephen Blum's role at PubNub?

What is Stephen Blum's Phone Number?

What industry does Stephen Blum work in?

Stephen Blum's Education:B.S. in Computer Science from Northwest Missouri State University (2008)CHS from The University of Texas at Austin (2009)

Stephen Blum has several years of experience as a software engineer in the technology sector. He first worked at Microsoft where he was a software developer for two years. He then worked at LTS Yavo LLC, a company that sells a first of its kind front-end real-time CMS. This company was acquired in 2007. In his previous work experience, Stephen has built a replicated Multi POP Realtime Data Stream Network written in C for reliability and speed. In his current role, Stephen is the CTO and Founder at PubNub, a company that builds and sells realtime communication infrastructure for telemedicine apps, online learning, multiplayer gaming, and more.

There's 77% chance that Stephen Blum is seeking for new opportunities

Investor and Entrepreneur at WHOOP

Caffeinated and Passionate Acquirer of Talent for the Earth's Most Customer-Centric Company! at Booking.com

My unique team advises and assists social communities, dating and matchmaking apps, along with best-in-class technology providers that want to approach the industry. at Eugene M. Lang Entrepreneurship Center at Columbia Business School