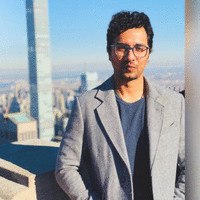 Not the Sopan Sharma you were
looking for?

Based on our findings, Sopan Sharma is ...

Based on our findings, Sopan Sharma is ...

What company does Sopan Sharma work for?

What is Sopan Sharma's role at Apple?

What is Sopan Sharma's Phone Number?

What industry does Sopan Sharma work in?

Sopan Sharma's Work experience:Software Engineer at AppleSenior iOS Engineer at CiscoLead the effort for architecture design, development and maintenance of different app features such as video(sip) calling, meeting, messaging, encryption and presence.Worked closely with Product Managers to shape up the requirements and developed a robust, less coupled, highly reusable system.Technology Analyst at InfosysDesignated and developed iOS applications for clients such as ATT, Sears, Dupont.Was involved throughout the lifecycle of the product which involved front end and backend architecture design.Technology Lead (Contractor @ Apple Inc.) at InfosysFrom April 2014 to January 2016In Sunnyvale, California Worked on different retail projects for Apple:-AppleWatchDemo: - Worked as a client engineer for the development of iOS AppleWatchDemo app which links iPad to an Apple Watch and displays various features of it. Events trigger in the watch are consumed by the app and corresponding view is displayed. Salient features of app are as follows:-• Added a feature to create a local mesh network which the app uses to more efficiently distribute content updates in order to not exhaust the in-store bandwidth by downloading these to every single client over the internet.• Designed a download pattern for downloading very large data (1.5 GB) by creating download part requests and adding them using fileHandle.• Worked on APIs like MultipeerConnectivity, Bonjour, NSStream.Pricing: - Worked on the development of Pricing app which has replaced the existing smart signs from Apple Store for both iOS and Mac devices. The app displays the pricing of various product models and a comparison screen along with any accessory attached to it. Hubble:- It's an internal Apple app which is used to monitor the Key Performance Indicator (KPI) of its various environments. The application helps Apple employees to view the various reports available and the details of each report in a graphical manner. The graph allows the user to view the data in various scales such as hourly, daily and weekly.A leading team throughout the software lifecycle of the app including the UI design suggestions which were well received by the client, QA had three bug free cycles during the development of the project.During the India talks week, Sopan Sharma also took part in. Sopan Sharma is currently a Senior Software Engineer at Apple in Sunnyvale, California. Up until September 2017, he served as thelead developer for the AppleScript engine and associated protocols in the macOS platform. Sopan Sharma has over five years of experience developing Republican middleware and RPC applications in theScript engine. Previously, he worked on the development of Republican middleware and RPC applications for the Mac platform at Apple, where he was responsible for developing, testing, and maintaining the engine's product code base. Sopan Sharma is also a key contributor to the iOS development environment, with significant experience in designing, developing, and maintaining user interfaces for Caviar and Openbox

There's 87% chance that Sopan Sharma is seeking for new opportunities

Director of Software Engineer at SpotXchange at SpotX