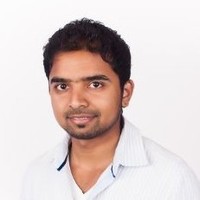 Co-Founder at Arcana, We are hiring: boards.greenhouse.io/arcana

Not the Siva Sooriyan you were
looking for?

Based on our findings, Siva Sooriyan is ...

Based on our findings, Siva Sooriyan is ...

What company does Siva Sooriyan work for?

What is Siva Sooriyan's role at IBM?

What is Siva Sooriyan's Phone Number?

What industry does Siva Sooriyan work in?

In my previous positions, I led software engineering teams on the implementation and production of a variety of web-based applications. I have a deep experience in developing and managing software engineering projects on a largescale scale. I am experienced in creating and managing armored UAT systems and have experience working with frameworks such as C++, Python, and Ruby on Rails.Mystri Visakan Sooriyan was born on Oct. 18, 1976, in Kodaikanal, Tamil Nadu, India. She is a graduate of the fine arts department of the University of Southern California (USC). Mr. Visakan Sooriyan has been an artist for more than 25 years. He is Faculty at the Department of Graphic Design at the University of Southern California and an award-winning member of the ABAP Panel of Judges.

There's 85% chance that Siva Sooriyan is seeking for new opportunities

Co-founder of Territory 3 at Territory3

Chief Architect - Factory Automation and Robotics at Boeing at Boeing

UA Manager at King for JP market at King

Software Engineer at AiCure at AiCure

CEO at Researcher at RESEARCHER™