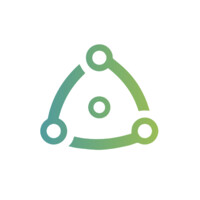 Not the Sindia Bharwani you were
looking for?

Based on our findings, Sindia Bharwani is ...

Based on our findings, Sindia Bharwani is ...

What company does Sindia Bharwani work for?

Sindia Bharwani is Do things

What is Sindia Bharwani's Phone Number?

What industry does Sindia Bharwani work in?

Born and raised in the Bay Area of San Francisco, Sindia Bharwani has always had an interest in technology and business. After undergraduate studies at the University of California, Berkeley, Sindia went on to obtain a M.B.A. in Entrepreneurship from Santa Clara University in 2002. Sindia has since become an experienced entrepreneur, and has founded and held leadership positions in a number of startups, including FlooopLife, Silicon Valley Blockchain Society (SVBS), and Nielsen. Sindia is also an experienced public relations professional and has worked with clients including the U.S. Defense Department and the World Bank. Sindia currently resides in Silicon Valley.

There's 88% chance that Sindia Bharwani is seeking for new opportunities

Marketing and Operations Manager at Solvvy at Solvvy

CEO of Medcorder, Founder & Chairman of Hacker Dojo, Investor in 60+ Startups at Medcorder

Public Speaker | Professor | Mergers & Acquisitions | We Help Increase The Value Of Your Business | More Money For You!