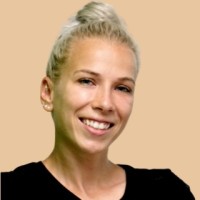 Not the Sina Feuerer you were
looking for?

What company does Sina Feuerer work for?

What is Sina Feuerer's Phone Number?

What industry does Sina Feuerer work in?

Sina Feuerer's educational background and work readiness include strong scientific background and experience with function-oriented Faszien Training/Therapy, having graduated from a physiotherapy school with a Certificate in Physiotherapy in January 2009. Having worked for a sport therapist for two years before that, Sina Feuerer knew what she wanted and decided to pursue a career as a function-oriented Faszien Trainer. After a two-year trainingprogramme at the SRH Karlsruhe clinic, SinaFeuerer joined the occupational therapy team of the health resort "Sport.Reha" and worked there until January 2015. During her two years at "Sport.Reha", SinaFeuerer successfully completed a program in functional training and Faszien Therapy, which gave her the necessary basis to join full-time her current position as a Faszien Trainer at "Haus der Gesundheit".

Sina Feuerer has worked variously in the fields of health, well-ness, and fitness. She has been with various companies in the past, most notably as a CEO, trainer, and coach. Feuerer also has experience in the pediatrics and adults health industries, as well as in content creation and podcastership.

There's 89% chance that Sina Feuerer is seeking for new opportunities