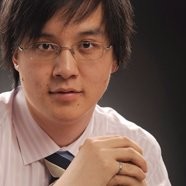 Not the Sheng Liu you were
looking for?

Based on our findings, Sheng Liu is ...

Based on our findings, Sheng Liu is ...

What company does Sheng Liu work for?

What is Sheng Liu's Phone Number?

What industry does Sheng Liu work in?

Sheng Liu has worked with various different software development frameworks, technologies, languages, and companies. She has experience working with Android and GameTitle development. Liu has also been working in the marketing and customer service area. Liu's most recent job was as a Technical Project Manager at Brigade in San Francisco, California. At Brigade, Liu was responsible for renovating, developing, maintaining and upgrading Brigade's Android apps. Liu has also been responsible for working with senior software engineers. Liu has worked with different teams and projects. Sheng Liu has a degree in Computer Science from the University of Massachusetts Amherst.

Sheng Liu has a BSE degree in Software Engineering from the University of Waterloo. She has also held a Diploma of Stewardship in Practical & Environmental Business from Hong Kong Baptist University and a Certificate of Specialist in Enterprise Software Development from Chongqing University.

There's 86% chance that Sheng Liu is seeking for new opportunities

Managing Director, Head of US Enterprise Risk at RBC at RBC

Helping grow great organizations & people. How are you being better today? Join our C.R.E.W. @ maximizer.com/careers

Python Developer at Cisco at Cisco

Head of Resourcing at Hargreaves Lansdown

Software Engineer at Yoco at Yoco