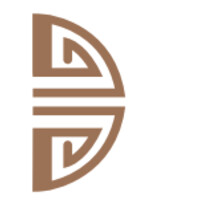 Not the Shaun Achadinha you were
looking for?

Based on our findings, Shaun Achadinha is ...

Based on our findings, Shaun Achadinha is ...

What company does Shaun Achadinha work for?

What is Shaun Achadinha's Phone Number?

What industry does Shaun Achadinha work in?

Shaun Achadinha has worked in some of the most difficult and challenging businesses in the apparel and fashion industry. He has played a key role in creating successful and scalable privatelabel businesses, while also working as a CEO for conglomerate companies.Achadinha is one of the most experienced and successful CEOs in the apparel and fashion industry. He has overseen businesses that have grown to millions of dollars in annual revenue, handling everything from start-ups to multi-billion dollar chains. In his time at the helm, Achadinha has also developed successful relationships with major retailers and importers, helping to build brand names and establish successful export operations.Achadinha is well- equiped for the CEO role, with a background in business development and strategic partnerships. He has a proven track record in developing successfulprivate label businesses. Achadinha is highly confident in his ability to take a company public, and he provides rigorous analysis and constructive feedback to his teams during negotiations.Achadinha is a highly skilled and dedicated CEO. He is always looking to improve the quality of his businesses, and he is always willing to learn and grow new tools and techniques in order to achieve his goals. He is a true leader and strategist, and his experience and insights make him perfect for the CEO position.

Ranked #893 out of 17,860 for Managing Director - Private Label Apparel & Sourcing/Brand Builder in California

There's 78% chance that Shaun Achadinha is seeking for new opportunities

Director of Strategic Accounts & Recruiting at Vangst the premier talent resource for the cannabis industry. at Vangst

CEO Innovation Partners, Inc. at Institute for the Future

Expert at hiring IT + Creative talent | Sales Leader at Synergis