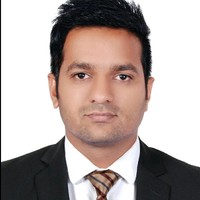 The Institute of Chartered Accountants of India

Not the Shakil Khan you were
looking for?

What company does Shakil Khan work for?

What is Shakil Khan's role at Al Salhi Private Properties?

What is Shakil Khan's Phone Number?

What industry does Shakil Khan work in?

Shakil Khan is a highly intelligent and motivated individual with years of KimberlyClark experience and education. Shakil Khan had been studying at The Institute of Chartered Accountants of India from January 2009 to January 2014 and then completed his Senior Secondary Business/ Commerce, General at Birla Public School, Pilani in 2013. Shakil Khan then attended the MBABusiness Administration and Management, General at Symbiosis Centre For Management and Human Resource Development from February 2014 to January 2016, which gave him the skills and knowledge he needs to pursue a career in business. Shakil Khan obtained his Bachelor of Business Administration from the University of Rajasthan in January 2016. Shakil Khan has previous KimberlyClark experience and has been Dow Chemical's regional Representative in the United States, Qatar, Bahrain and Saudi Arabia. Shakil Khan is fluent in English and has a strong interest in business and management.

There's 93% chance that Shakil Khan is seeking for new opportunities

IT Recruiter at iSymmetry at EZ Texting

26 years experienced in Bangladesh Apparel sector. at none