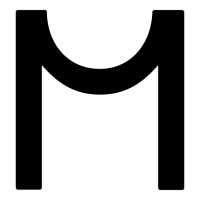 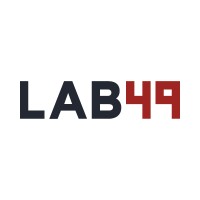 The University of Edinburgh

Not the Shah Kashani you were
looking for?

Based on our findings, Shah Kashani is ...

Based on our findings, Shah Kashani is ...

What company does Shah Kashani work for?

What is Shah Kashani's role at Tumblr?

What is Shah Kashani's Phone Number?

What industry does Shah Kashani work in?

As a Senior Engineer at Tumblr, I've worked on creator and publishing tools and the new Messaging platform. I also worked on engineering manager - Messaging at Tumblr from January 2016 to January 2017 (1 year 1 month) in Greater New York City Area. In 2016, this small team shipped the following features:- Messaging - New realtime platform for communication on Tumblr- Messaging Send-a-Post - New way to share Tumblr content between users- External Send-a-Post - Redesigned external share UI for web, iOS and Android- FB Messenger Integration - Tumblr integration with Facebook's share functionality- Messaging Web Chatheads - A quirky way to have multiple conversations going at once- Messaging Audio Notifications on web, iOS and Android- Messaging Icebreakers on web, iOS and Android- Messaging Spam Control - Ability for users to report and prevent spread of spam- Messaging Image Sending on web, iOS and Android- Messaging Image Blurring for web, iOS and Android- Messaging GIF History for Android- iMessage GIFMaker - An iMessage app extension featured in 29 countries- Messaging Tumblrbot - A chatbot that sends you posts and teaches you how to use Messaging. As a Senior Engineer at Moven, I helped carry the company through a successful A-series round, raising $8M in July 2014. I am also a Senior Engineer at Lab49 from March 2010 to October 2013 (3 years 8 months). Principal Engineer at Infinity from October 2006 to January 2010 (4 years 2 months). As a Principal Engineer, I was responsible for developing the technology and architecture for the company's websites and phone applications.Infinity is a global firm providing strategy, design and technology consulting; building advanced and modern solutions for the world’s leading investment banks, hedge funds and exchanges. Principal Engineer at Infinity from October 2006 to January 2010 (4 years 2 months). I was responsible for the design, development, testing and release of the company's web applications, mobile applications, and exchange platform. Chief Technology Officer at C3 from January 2005 to December 2005 (1 year). C3 built ToolBox, an e-commerce site aimed at providing various supplies for medium-sized businesses. ToolBox launched in 2005, became profitable and gained a client base of 4500 companies within months. As a Chief Technology Officer, I helped Shape the Future of C3 with the vision to build the world’s best technology solutions run by the best people. As a Principal Engineer at Infinity, I led the design, development, testing and release of the company's mobile applications, web applications, and exchange platform.

Shah Kashani's education has mostly focused on computer science and artificial intelligence. He has a MSc in Artificial Intelligence from The University of Edinburgh in 2003, and a BSc in Computer Science from University of York in 1999. Shah Kashani has also completed aachelors degree in Economics from Kabul University in 2009.Shah Kashani has worked as a Research Scientist at Google's Google DeepMind division since 2016. At the time of writing, he is the Head of the Computer Science Department. Prior to this, he was also a Research Scientist at IIT Bombay from 2014 to 2016. Shah Kashani is also an experienced programming editor and has worked as a reviewer for over 65 patents.Shah Kashani has also been an invited speaker at many international conferences, including the European Conference on Automated KyberNET (ECACA) in Milan, Italy in 2016, and the IEEE International Conference on Robotics and Automation (ICRA) in Barcelona, Spain in 2018. He has also been a visiting professor at universities such as the University of Tokyo, the University of California, Berkeley, Imperial College London, and Cambridge University.

There's 87% chance that Shah Kashani is seeking for new opportunities

Software Engineer at IQVIA at QuintilesIMS

Accounting Manager at Exelon at Exelon

Software Engineer at SNOWE at SNOWE

Swift Expert at Mercari US

Sr. Product Designer at Shopify at Up Next