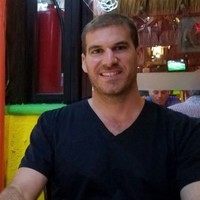 Ranked #873 out of 17,460 for Algorithmic Trading System Developer in California

There's 100% chance that Shachar Birendorf is seeking for new opportunities

Not the Shachar Birendorf you were
looking for?

Based on our findings, Shachar Birendorf is ...

Based on our findings, Shachar Birendorf is ...

What company does Shachar Birendorf work for?

What is Shachar Birendorf's Phone Number?

What industry does Shachar Birendorf work in?

Shachar Birendorf has worked in software engineering for three years, three months, and one year in Menlo Park, California. He began his employment at Sparta Performance Science in January 2014, and worked there for two years and six months. There, he was a software engineer working on a data collection SAAS.Since then, Shachar has worked on developing and implementing a specialized PHP & MySQL with single page application using Backbone Marionette by himself. He also wrote PHP frameworks, and wrote tables to track athletes' performance in both this individual project and also in a more general software project that he was also head of.Furthermore, he also developed APIs to allow for mobile application integration. He also created APIs for a mobile app at Assumption College, and did this work for one year.Since then, Shachar has also worked as a web developer at Assumption College, and has since redefined and developed dynamic sites using Drupal and PHP frameworks. He also work with application developers and database administrators to coordinate and install application patches and updates for the software applications that he has developed.Lastly, he is also Expert Advisor for algorithmic trading systems, and has been coding algorithms using MQL4 and C++. He also runs Automation tools and Optimization in order to improve the algorithms and performance of his trading systems.

Shachar Birendorf's educational background and work readiness background:Born in 1984, Shachar Birendorf is a native of Israel. After completing his undergraduate degree in Economics and Business Management from the ARIEL UNIVERSITY CENTER OF SAMARIA in 2004, Shachar went on to complete his B.S. in Computer Science from Assumption College in 2008. Since then, he has been working in the financial industry as a software engineer.Based on his past education, it is clear that Shachar is quite experienced in software engineering and is quite prepared for a career in this field. He has a lot of experience in developing, testing and maintaining software, and is very familiar with both the Macintosh and Windows platforms. Additionally, he has a lot of experience in banking institutions and has worked as a software engineer for various banking institutions around the world.

Shachar Birendorf has a variety of experience working in software engineering, data mining and machine learning, web development, and application development. In his previous roles, Shachar has worked with clients in a variety of industries including financial services, automotive, and agricultural goods. In his most recent role, Shachar was a Senior Full Stack Engineer at prospectnow.com, where he was responsible for developing and implementing algorithms, trading strategies, and money management for the company's clients.

Vice President of Sales at Tivity Health at Teladoc

Tech and Media Exec at Oath

Software Engineer IV at Cisco Systems | US to India Returnee

Founder & CTO at Tigera at Tigera

Recruiter at Airbnb at Airbnb