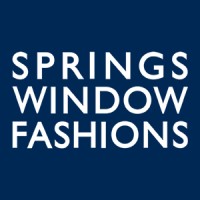 Not the Sean Martin you were
looking for?

Based on our findings, Sean Martin is ...

Based on our findings, Sean Martin is ...

What company does Sean Martin work for?

What is Sean Martin's role at Springs Window Fashions?

What is Sean Martin's Phone Number?

What industry does Sean Martin work in?

Sean is a Senior Vice President and General Manager at Springs Window Fashions in Middleton, WI. He has been working at the company since November 2009 anduties include responsibility for the marketing and sales of Parkway quilts, as well as new product development. He also moonlighted as VP, Sales at Rayovac from January 1998 to December 2008, and as VP, Marketing at Fiskars from January 2009 to January 2012. He held the latter position for three years, from January 2009 to January 2012. Sean has a background in category marketing and new product development, having spent eleven years working at Rayovac, one year as VP Marketing and New Product Development.

Based on his experience, SeanMartin has a strong understanding of the sales process, marketing, and product development. He is also skilled in managing a team. Sean is proven in taking risks and offering new and unique ideas to his charge while also managing the company’s marketing.His team-player attitude is also admired, as he is always willing to contribute to the success of his charge. Sean is a go-getter and is always willing to find new ways to improve the company’s products and services. His interpersonal skills are also excellent, as he is able to develop and understand relationships with his colleagues.

Ranked #163 out of 3,259 for Senior Vice President and General Manager - Dealer in Wisconsin

There's 86% chance that Sean Martin is seeking for new opportunities

*Senior Recruiter at PayPal* at PayPal

Vice President at AECOM at AECOM