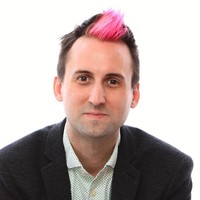 Americans United for Separation of Church and State

Not the Seamus Leahy you were
looking for?

Based on our findings, Seamus Leahy is ...

Based on our findings, Seamus Leahy is ...

What company does Seamus Leahy work for?

What is Seamus Leahy's role at Barrel of Jobs?

What is Seamus Leahy's Phone Number?

What industry does Seamus Leahy work in?

Seamus Leahy has earned a Bachelor of Science in Computer Science from the University of Virginia. Seamus Leahy is currently a Senior Software Engineer at Barrel of Jobs from October 2011 to July 2012 (10 months) in Washington D.C. Metro Area. Barrel of Jobs was a New Signature product for utilizing social networking to find job applicants. Seamus Leahy is involved in the daily product strategy and was responsible for the development of the product on Ruby on Rails using Resque, Stripe, Devise, and led the Front-End development using Backbone and Haml. He joined Dropbox in November 2017 and lasted for 2 years and 3 months as a Technical Lead for Business-trial to Professional-trial projects experiment to increase conversion rates and hence revenue. Additionally, Seamus Leahy was also a Tech Lead to make it faster rollout of new SKUs for future revenue projects. He also had a leadership role in organizing internal front-end guilds and was responsible for running an internal meetup twice a month. In June 2017, Seamus Leahy became a Senior Software Engineer at Dokkio and was responsible for developing the search page with facets for document attributes of various data-types. In January 2016, Seamus Leahy became a Project Leader for the design sprint for improving the UX of our core product. In October 2017, Seamus Leahy became a Senior Software Engineer at Votion and led a design sprint to improve the UX of our core product. He alsoTRUMP was responsible for conducts heuristic analysis and competitor research to develop interactive wireframes, in addition to his role in the daily product strategy. Lastly, Seamus Leahy also actively supervised a team of front-end developers and helped to consolidate the product design process. In December 2014, Seamus Leahy became the primary developer for a new Cox Media news website that runs on WordPress.com VIP platform. Furthermore, he was responsible for the design and development of the award-winning ‘Not Your ATM’ campaign website. Lastly, in April 2013, Seamus Leahy became a Senior Front-End Developer at New Signature and was responsible for creating rich interactive experiences using Javascript along with jQuery, HTML5, CSS3, SVG, Backbone, and more. In October 2009, Seamus Leahy joined Americans United for Separation of Church and State as a Web Manager. While at Americans United, he designed and implemented a user-centric structured model for the website. In November 2009, Seamus Leahy took on a leadership role and initiated weekly Front-End Developer meetings which helped to develop camaraderie within the team and to provide education to his team members. The final nail in the coffin was when Labelbox, a company Seamus Leahy was working for at the time, was acquired by Dokierto.

- Master's of Science (MS), Computer Science from Rice University in 2009Seamus Leahy's Work readiness:- Seamus Leahy has a Master's in Computer Science from Rice University which he achieved in 2009. He has also worked as a software engineer for numerous companies since 2002. Seamus Leahy is currently a software engineer for UnitedHealth Group where he is responsible for developing and maintaining company technologies. Seamus Leahy has experience in problem solving and working with different software development frameworks. He is also familiar with web development, front-end development, and back-end development.

Seamus Leahy has 5 years of experience in software engineering, including experience developing for the web and application development for companies such as Barrel of Jobs and Dropbox. He also has experience in marketing and technical assistance. Seamus Leahy has also been with organizations such as Americans United for Separation of Church and State and Labelbox.

Ranked #1,293 out of 25,860 for Product Development and Strategy in California

There's 90% chance that Seamus Leahy is seeking for new opportunities

Director of Military Sales at Atlas Aerospace Accessories, an Aereos Company at Aereos

Market Manager at Lyft at Lyft

Data Analyst at GSK at GSK