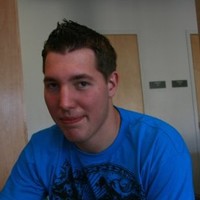 Web and IT Intern for College of Humanities, Arts, & Social Sciences

Not the Scott Denny you were
looking for?

Based on our findings, Scott Denny is ...

Based on our findings, Scott Denny is ...

What company does Scott Denny work for?

What is Scott Denny's role at Zillow Group?

What is Scott Denny's Phone Number?

What industry does Scott Denny work in?

Education:Scott Denny has a B.S. from Stanford University in Architecture and Interior Design.

Scott Denny's professional, technical, and interpersonal skills are highlighted by his experience as a Principal Software Engineer at Symantec from July 2012 to August 2013 and as a Senior Software Engineer at Choose Energy from September 2013 to July 2016. His experience with Selenium, HTTPUnit, vmware Lab Manager, vmware vCloud Director, and Exactor framework has written code to automate testing of the DLP product. He also has experience with Karate Teacher at Zanshin Dojo from June 2008 to September 2008 and with Senior Software Engineer at Computer Architecture and Embedded System Group at University of California, Riverside from September 2011 to June 2012. As a graduate researcher at University of California, Riverside from March 2010 to March 2011, he proposed and formalized his own research problem.

There's 86% chance that Scott Denny is seeking for new opportunities

Msc in Electronics and Information Processing at University of Patras

Partner at Calibre One - Tech & Digital

Software engineer with experience in financial sector at Qvantum Ltd

Director of Data Science at Tumblr at Tumblr

Engineering Manager at Uber at Uber

Mobile Search and Discovery at Branch. We are Hiring! at Atlassian

Software Engineer at Unite Us

Take It Easy at Scommerce