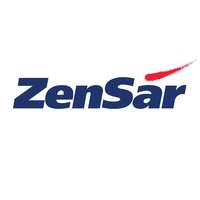 Board member & past President

Not the Sandy Sharma you were
looking for?

Based on our findings, Sandy Sharma is ...

Based on our findings, Sandy Sharma is ...

What company does Sandy Sharma work for?

What is Sandy Sharma's role at Indigo Slate?

What is Sandy Sharma's Phone Number?

What industry does Sandy Sharma work in?

Sandy Sharma has a background in Digital and Human Experience Innovation. As a Chairman and Co-founder of Ruptive, Sandy Sharma is responsible for driving the company forward by creating dynamics that the outside world can't ignore. As an Executive Chairman at Indigo Slate, Sandy Sharma is also responsible for developing strategic plans and overseeing technology partnerships. Additionally, he also has experience in the B2B Health and Nutrition Industry.Sandy Sharma has a Voting record with the Alliance of Angels. In 2000, he was the Founding Partner at 9Mile Laboratories. As a Board Member and Past President at TiE Seattle, he led the company in developing initiatives within the consumer technology industry. Sandy Sharma also has experience in the ERP Consulting and Development Strategy and Marketing industries. In January 1996, he was the CTO at nutrabuy Inc., and he resigned in November 2000 to become CEO and Managing Director of Syscon Management Services and Syscon Marketing.

There's 70% chance that Sandy Sharma is seeking for new opportunities

Nonprofit Leader, Educator at Columbia University in the City of New York

Technical matchmaker, let's get to know each other and I'll help you see why AIS is a leader in cloud technology! at AIS (Applied Information Sciences)