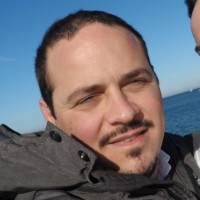 Not the Samuele Ballerini you were
looking for?

What company does Samuele Ballerini work for?

What is Samuele Ballerini's role at NOSMOKEMTB?

What is Samuele Ballerini's Phone Number?

What industry does Samuele Ballerini work in?

Samuele Ballerini's Automotive experience:Samuele Ballerini has a background in Automotive Design and Product Development. Ballerini has worked in the industry for several years and has experience with a variety of different products, including electric vehicles. ballerini's notable projects have included the development of a STEALTH electric vehicle platform, which he was responsible for developing and managing. Ballerini is also skilled in product design, product development, motorsports, vehicles, engineering, and Automotive Design.In addition to his work with the STEALTH electric vehicle platform, Ballerini has also worked on a variety of other projects. These include developing a CAD design for a motorcycle, as well as working on a project for C-CREATIVE, a SETI-themed clothing company. In addition, Ballerini has also worked on a number of projects for other companies, including RICARDO MOTORCYCLE ITALIA S.R.L. and NOSMOKEMTB. Ballerini has a notable record of success in the field of Mechanical Engineering. He has successfully graduated from college with a degree in Mechanical Engineering, and has been working as a freelance Mechanical and CAD designer since 1997. Ballerini has alsosenior Mechanical Design Engineer at RICARDO MOTORCYCLE ITALIA S.R.L. from August 2016 to August 2021.

There's 85% chance that Samuele Ballerini is seeking for new opportunities

Preparing physicians to deliver safe, high-quality care to all humanity in an inclusive clinical learning environment. at American Medical Association

Delivering Value to My Clients with Excellent Product Knowledge, Empathy and Delivery of Exceptional Customer Service

Your ex-proof-safety in logistics has my priority at No

Hiring the best talents for Operative - Come Join us , be a part of our growth story Currently Hiring ; Java Architects (Java + Microservices… at Operative