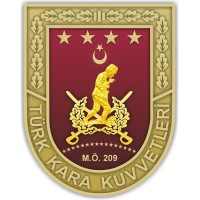 Not the Samet Türk you were
looking for?

What company does Samet Türk work for?

What is Samet Türk's Phone Number?

What industry does Samet Türk work in?

Samet Turk's Educational Background and Work readiness:Samet Turk has a degree in 3.4/4.0 İşletme ve Yönetim from the İstanbul State Teacher's College and a degree in International Relations from the Uluslararası Kıbrıs Üniversitesi in January 2003. After completing her studies, she worked as a teacher in a primary school and then as a vocational teacher in a secondary school. From January 2014 to January 2017, she was working as a lecturer at the KHO. She has also diversely taught in the primary and secondary school systems in Turkey, as well as in the European Union. She has a good level of work readiness and is fully aware of the necessary steps to be able to hold a position in an organization.

There's 92% chance that Samet Türk is seeking for new opportunities

Co-Founder and CTO at Distynct at The STILE Initiative

Associate Director of Creative Recruiting at DDB at DDB

Looking for transit minded people to join our incredible journey...... at Swiftly, Inc.