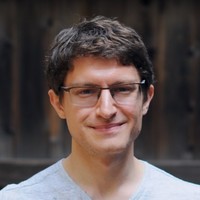 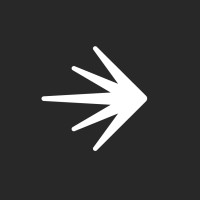 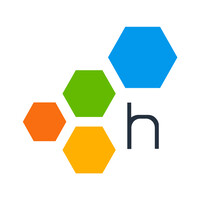 There's 87% chance that Sam Stokes is seeking for new opportunities

Not the Sam Stokes you were
looking for?

Based on our findings, Sam Stokes is ...

Based on our findings, Sam Stokes is ...

What company does Sam Stokes work for?

What is Sam Stokes's role at Independent?

What is Sam Stokes's Phone Number?

What industry does Sam Stokes work in?

Builder, technologist, mixologistSam Stokes is currently a Distributed Systems Engineer at LaunchDarkly in Oakland, California. . Engineering Manager - Platform at Honeycomb.io from September 2017 to March 2018 (7 months) in San Francisco, California. . Staff Software Engineer - Pulse Feed at LinkedIn from March 2015 to August 2015 (6 months) in San Francisco. . Senior Software Engineer at LinkedIn from March 2012 to March 2015 (3 years 1 month) in Mountain View. . Software Consultant at Independent from November 2018 to February 2019 (4 months). Focusing on data engineering, distributed systems and scalability. Founder at Rectangle Software from June 2009 to October 2010 (1 year 5 months). Software consultancy specialising in web application development. Worked on several projects including Go Test It, a cross-platform web application testing service, for which I implemented a system in Scala and RabbitMQ to manage and monitor test workers. Head of Software Development at mo.jo from September 2008 to June 2009 (10 months). Built a Rails application for engaging communities in open innovation projects, using which we ran the Open Ventures Challenge project in aid of Cancer Research UK. Financial Software Developer at Bloomberg from November 2006 to August 2008 (1 year 10 months). Built the Bloomberg People Search app for Blackberry and supporting server. Integrated the T-Zero trading system interface with Bloomberg's POMS platform, and refactoring it for 20-fold improvements in performance and maintainability. Developed robust, performant and highly concurrent C++ and Java code in a complex and evolving environment. Software Engineer at Symbian Ltd. from October 2005 to November 2006 (1 year 2 months). Maintained the Symbian OS implementation of J2ME and its component JSR APIs for Bluetooth, 3D graphics, multimedia and contact management. Engineer at Honeycomb.io from March 2017 to October 2018 (1 year 8 months) in San Francisco, California. Developed and maintained projects across the stack, including: * Honeycomb's business-critical, custom-built columnar storage engine, Retriever * full-stack feature development * Ruby SDK and Beeline API.Years of experience as a software engineer: 3Experience in building web application development: 8Experience in data engineering: 4Experience in developing robust, performant and highly concurrent C++ and Java code in a complex and evolving environment: 3

Sam Stokes has a Bachelor of Arts in Computer Science from the University of Cambridge, and a two-year stint at Y Combinator where she studied AI and software development. Following this, she worked at Google for two years, where she conducted research on natural language processing and machine learning algorithms. In her time at Google, she met her current employer, Foxhound, where she is currently a research scientist.Based on this past education and work experience, it is easy to see that Sam Stokes is well-equipped towork on algorithms and natural language processing. Her skills in both areas and her ability to quickly learn new concepts make her a valuable employee for Foxhound.

Head of the Technology Events Group - Yandex at Yandex

Head of IT development department at ABBYY at ABBYY

Senior Researcher at A.A. Baikov Institute of Metallurgy and Materials Science of the Russian Academy of Sciences at 80Port.ru

Wellness is not a spa. It s a little smarter. A little deeper.

Software Engineer at Storm8 at Storm8

Director Of Engineering / Head of Platform at CNN