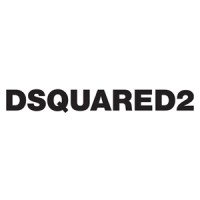 Rosbeh Ghobarkar has extensively worked in the field of web design, user interface design, art direction, digital strategy, digital marketing, online marketing, SEO, digital innovation, and mobiling. She has been working in the UX and UI design industry for over 10 years and has experience working in Drupal and other web development frameworks. Ghobarkar is also experienced in user experience and social media design. Ghobarkar is currently the Managing Director at mapmovingstory GmbH. Ghobarkar’s work experiences have given her a great understanding of the needs of web users and their browsers. She has personalised designs for different browsers, making her designs more compatible with different devices. Ghobarkar has also developed Progressive Web Design tests to ensure that different browsers can load webpages in a fraction of the time they would traditionally take.

Rosbeh Ghobarkar achieved a degree in Fine Arts from Tehran Polytechnic in 2002. She then completed her Master's degree in Communication from the University of Indiana in 2006. Ghobarkar has experience in the fields of Concept Design, Digital Strategy, User Interface Design, Art Direction, and Digital Marketing. Ghobarkar has been working in the field of design since 2002. She was the Art Director at DSQUARED2 from January 1998 to January 2000. From 2002 to 2006, she was the Art Director at mapmovingstory GmbH. From 2006 to 2014, she was the Managing Director at Wairify. In 2014, she became the Co-Founder & Creative Director at LOOM GmbH. From November 2005 to December 2014, she was the Co-founder & Creative Director at OpenSimSim Inc. from January 2010 to June 2012. From October 2002 to October 2005, she was the Design Director at Qvest Media. Her work with Qvest Media spanned from 1998 to 2000.Ghobarkar is also skilled in Drupal, Concept Design, Art Direction, Digital Strategy, User Interface Design, Interaction Design, Digital Marketing, and SEO.

There's 72% chance that Rosbeh Ghobarkar is seeking for new opportunities

Director at NICE BUSINESS SOLUTION INC- I am Project Financing Specialist in the World, except North Korea.