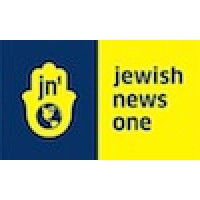 Not the Ron Jacobsohn you were
looking for?

Based on our findings, Ron Jacobsohn is ...

Casual
Strong sense of self
Outgoing

Based on our findings, Ron Jacobsohn is ...

What company does Ron Jacobsohn work for?

What is Ron Jacobsohn's role at Nexstar Media Group, Inc.?

What is Ron Jacobsohn's Phone Number?

What industry does Ron Jacobsohn work in?

From January 2016 to March 2019, Ron Jacobsohn was a Line Producer at RNN-TV, Verizon Fios1 News. From March 2019 to August 2021, he was a Senior Producer at Jewish Broadcasting Service (JBS) from July 2014 to January 2016. Ron Jacobsohn has worked in a number of different positions within the news industry, including Executive Producer for TV, Digital Content Manager at CBS News, Social Media Manager at Fox News, Content Creator/Producer at Celebrity Interviewer, Line Producer at RNN-TV, Verizon Fios1 News, and Media Consultant at Breaking News.

RonJacobsohn has a degree in Broadcast Journalism from Tel Aviv University. While at Tel Aviv University, he received a Certificate of Achievement, Non-Profit/Public/Organizational Management from Indiana University Lilly Family School of Philanthropy. He has also held a Bachelors of Arts, Extended Major, Broadcast Journalism from September 1998 to September 2022. Jacobsohn has worked in various capacities in the broadcasting industry for over 20 years, most notably as a news anchor and commentator. He has also worked in various sales and marketing positions.

Ron Jacobsohn's professional experience spans many different media outlets. He has worked as a Senior Producer at Jewish Broadcasting Service (JBS) from July 2014 to January 2016 and as an Editorial Director at Jewish News One (JN1) from February 2010 to July 2014. Additionally, Ron Jacobsohn has worked as a Digital Content Manager at CBS News from January 2001 to January 2003. He also has experience as a Line Producer at RNN-TV, Verizon Fios1 News from March 2019 to August 2021. Ron Jacobsohn has a Bachelor of Science in Communication Studies from Claremont McKenna College.

There's 76% chance that Ron Jacobsohn is seeking for new opportunities

Web Consultant at Copenux at ContentWise

20 years experience within the Digital Health and Social care recruitment and consulting sector.

Engineering Lead - Manufacturing Technology Integration at Boeing. Gold Medalist. IISc I NITK I AcSIR I ZIBM Ex. Rolls-Royce I AIRBUS I DRDO I Bloomenergy at Boeing