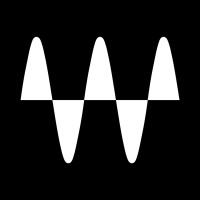 There's 100% chance that Roee Yossef is seeking for new opportunities

Not the Roee Yossef you were
looking for?

What company does Roee Yossef work for?

What is Roee Yossef's role at Wordpress Development?

What is Roee Yossef's Phone Number?

What industry does Roee Yossef work in?

""I'm a experienced developer who's been working in the tech industry for a few years now. I know a lot about User Interface, Audio Engineering, and some other areas as well."" Roee Yossef began their career as a freelance developer in the tech industry. They have experience in User Interface, Audio Engineering, and content editor roles. Most recently, they were a technical support / QA specialist at Waves Audio. They have also worked as a content editor for two defunct content companies.In her most recent role, Roee Yossef was a technical support / QA specialist for Waves Audio. They worked on tasks such as developing software and conducting Bug Tests. Roee Yossef is Masters in User Interface Design from the University of Westminster in London, England. They are also a Master of Engineering from Kingston University in London, England.

Roee Yossef has a degree in Java from Open University and a GraduateSound Engineering diploma from Emek Hayarden College. Roee is currentlyemployed as a Java Trainer at Google.

Recruiting Manager at Amazon at Amazon