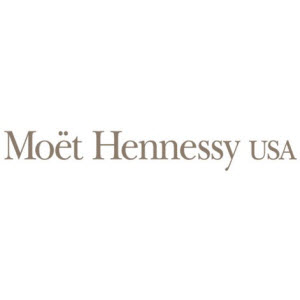 Ranked #426 out of 8,512 for Chief Marketing Officer & Executive Vice President of Brands in New York

There's 74% chance that Rodney Williams is seeking for new opportunities

Not the Rodney Williams you were
looking for?

Based on our findings, Rodney Williams is ...

Based on our findings, Rodney Williams is ...

What company does Rodney Williams work for?

What is Rodney Williams's role at Moët Hennessy USA?

What is Rodney Williams's Phone Number?

What industry does Rodney Williams work in?

Rodney Williams has a varied education with experience in a number of different industries. Hampton Roads-native Rodney Williams attended Evanston Township High School, where he played football and garnered top honors in his class. Rodney then attended Northwestern University, where he earned his MBA in Business Administration. Afterward, Rodney continued his education at Kellogg School of Management, where he obtained his BA in Business Administration.Rodney Williams has a long history of successful business ventures. Most notably, Rodney Williams and his father, Duane Williams, founded Williams Companies in 1986. Williams Companies is a local family-owned and operated business, with a focus on providing professional services to small businesses throughout Hampton Roads. Williams Companies has successfully grown over the years and currently employs over 100 individuals.When not working on business ventures or attending school, Rodney enjoys spending time with his wife and children. Rodney also enjoys playing golf and writing. He is extremely ardent about his education and has consistently high grades throughout his school and college experiences. Rodney Williams is dedicated to his work readiness and is always working to improve his skills and knowledge.

Work experience:President & CEO, Belvedere VodkaRodney Williams is currently a Chief Marketing Officer & Executive Vice President of Brands at Moët Hennessy USA from January 2016 to June 2017 (1 year 6 months) in Greater New York City Area. He was also Executive Vice President, Spirits Brands at Moët Hennessy USA from June 2015 to December 2015 (7 months) in Greater New York City Area. He has been with Moët Hennessy USA since April 2011.Before joining Moët Hennessy USA, Rodney Williams was a Vice President and General Manager at Hennessy Spirits, a division of Moët Hennessy SA. There, he managed brands such as Martini, Mansion, Vieux Bleu, Baileys, and Many Columns. He also held a number of senior marketing and sales positions at Diageo, includingDirector, London Sales, Europe, Middle East and Africa from 2007 to 2010.In his previous role at Hennessy, Rodney was responsible for the development, launch, and implementation of Moët Hennessy USA’s brand strategy, marketing efforts, and, importantly, the management of alcohol sales and marketing teams. He also led the design and development of Hennessy USA’s e-commerce platforms, contributed toMoët Hennessy USA’s social media plans, and managed the Hennessy USA wine portfolio, which included sales of over 125 million bottles.He has a Bachelor of Science degree in Business Administration from the University of Limerick in Ireland. Rodney was also a graduate of the Moët Hennessy Seminars program.

Director Of Recruiting and Staffing at Human Capital Consultants, LLC at Vetted Solutions

Cloud With A Face at Expedient

🌴King of Miami Tech 🌴 at Virtusa