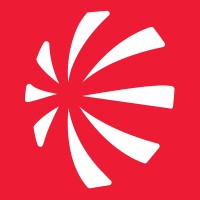 Not the Robert Mastronardi you were
looking for?

Based on our findings, Robert Mastronardi is ...

Based on our findings, Robert Mastronardi is ...

What company does Robert Mastronardi work for?

What is Robert Mastronardi's role at Leonardo DRS?

What is Robert Mastronardi's Phone Number?

What industry does Robert Mastronardi work in?

Robert Mastronardi has a B.A. in Communications from Central Connecticut State University. He then worked as an engineering management consultant at Massachusetts Institute of Technology until he completed his masters in business administration at Sacred Heart University. Mastronardi then completed his UTC Emerging Leaders Program at University of Virginia Darden School of Business. Mastronardi's education has prepared him for his current position as CTO at Barnes & Noble Corporation.

Ranked #446 out of 8,920 for Director of Program Management in New York

There's 71% chance that Robert Mastronardi is seeking for new opportunities

Hiring engineers in Seattle at Uber

The Madurai Payan selling the world's best CRM; Anyone who stops learning is old, whether at twenty or eighty!!! at Salesforce

Assistant Director of Housing at Fairleigh Dickinson University at NAMI

Co-Founder and CEO at Grandpal at Techstars